Have you ever been in a rut? Do you feel unsatisfied with your routines? If you answered “yes,” it probably means your daily schedule doesn’t allow for even an ounce of creative or spontaneous thoughts in your mind. Why do routines lead to monotony? Can you get out of the rut? Read on to discover three ways routines can kill all creativity and spontaneity.

What Are Creativity And Spontaneity?

According to research, creativity can be defined as “the hallmark of human cognition” and is considered the driving force behind human innovation. Along those same lines, spontaneity is often explained as “the quality of being natural rather than planned.”

Different people experience creative and spontaneous thoughts differently, but in a neurological sense, these thoughts appear because of a “general cognitive mechanism of adaptive prediction.” Studies show that this allows people to deal with problems more effectively by predicting the immediate future based on life experience rather than being reactionary.  In a more straightforward sense, the human mind should turn to creativity when dealing with uncertain situations.

Society has formed such that time is of the essence. The stress and pressure of it all make people fall into routines to juggle their responsibilities. As researchers stated, the creative person is integral to the creative process. Such a person cannot flourish in today’s context if tied down by a routine.

So, what exactly are these routines and ruts?

What Are Daily Routines? 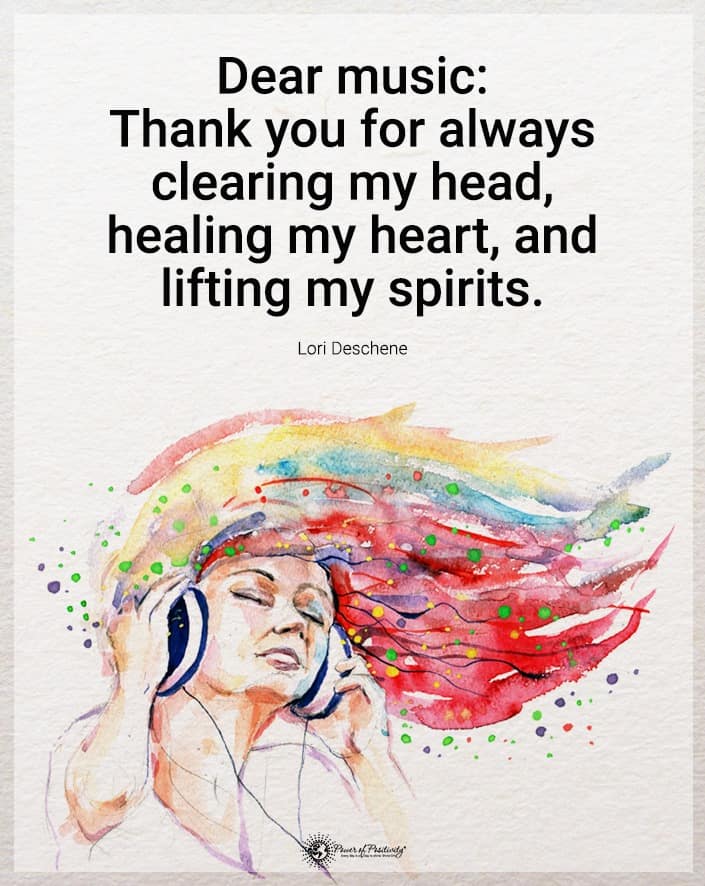 Daily routines are a form of habitual responses, a process in which different contexts prompt automatic action. Research shows that an impulsive process regulates habitual responses. Thus a minimal cognitive effort is used to elicit routine behaviors. This logic explains why people tend to lean on routines; they are easy, expectable, stress-free, and require little to no effort cognitively.

Daily routines usually lower stress by removing the need to take deliberate action in response to certain situations. In theory, there’s no need to think about what to eat when you can decide that you have steak with asparagus for lunch every Monday.

This sounds great; less stress, more order, more time to think about other things. But following the same routine can make someone move aimlessly through life, and before you know it, you are stuck in a rut, and your dreams are slipping away. No matter the context, routines can gradually become ruts, studies show. Habits that were once comforting – stable relationships, job security, workout schedules, meal plans – can lead to boredom and unconscious anxiety in time.

We established what daily routines are and how they can lead to ruts. But what are the three ways in which daily routines limit creativity and spontaneity?

How is the brain wired?

Harvard Medical School has conducted research showing that people get stuck in ruts due to the brain’s habitual electrical patterns. The brain will apply rules based on past events to deal with the current context in new situations. A specially wired part of the brain recognizes patterns – the dorsolateral prefrontal cortex (DLPFC). The DLPFC finds old rules and applies them to new conditions. This part of the brain, coupled with strict routines, makes people lean on old ways to solve new problems, thus inhibiting creativity and spontaneity.

Why Do Routines Maintain The Rut?

Daily routines over-stimulate the DLPFC and create automatic responses that disallow the brain to develop new solutions for new problems.

Imagine you have to arrange numbers in a certain way following a pattern. Once you solve tens of these problems, the brain becomes accustomed to the routine. Therefore, if the brain has to solve a problem with a different pattern, it will struggle to find the new pattern.

The same can be said about our day-to-day life. If you are used to going to the gym on weekends, your brain might struggle to convince itself that you should take a vacation instead; that’s because your brain’s notion of what to do on weekends has been altered to be synonymous with working out.  That’s how you find yourself unable to come up with creative and spontaneous things to do.

How To Start Rewiring The Brain? (“Unfocus” Your Brain)

According to Srini Pillay MD, “unfocusing” your brain means taking time in the day for activities that don’t stimulate the brain. This doesn’t mean becoming distracted but rather doing daily things that don’t require focus, like taking a walk, daydreaming, doodling, or taking a 90-minute nap.

These activities are ways to turn off the DLPFC, thus enhancing creativity and spontaneity. They relax the mental constraints of daily routines and help you break through some habits.

Remember the example about arranging numbers following a specific pattern? Studies have shown that turning off the DLPFC allows people to solve problems using a new pattern, unlike those who keep their DLPFC on. That can apply to your daily life; a simple walk in the park can help you break away from some habits, allowing your creativity to flow.

2.    Routines Are Fundamentally Opposed To New Experiences and Spontaneity

The Dichotomy Between Routines And New Experiences

As we discussed, daily routines are contingent on order, knowing exactly what to do and when to do it. Therefore, to create a routine, you trade off the liberty to enjoy completely new experiences. Sure, you might change the gym you go to, but you probably won’t hike the Himalayas if that wasn’t already part of your routine. 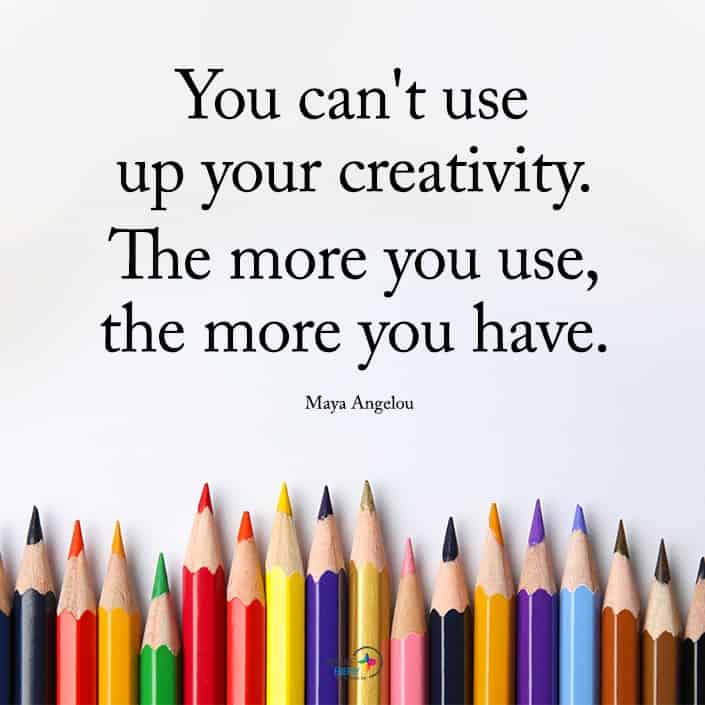 Why Does The Lack Of New Experiences Kill Creativity And Spontaneity?

This can be mainly attributed to the need for new perspectives in life to be creative. Thus, by having a routine, people tend to remain enclosed in the same spaces and activities; the things they experience don’t differ from one day to another.

Most people break routines when they decide to go on vacation once a year. But that doesn’t allow the brain enough time and exposure to take in the new ideas offered by a different culture. Going on frequent weekend getaways can help your creativity much more.

Routines don’t allow you to meet new people and be in contact with new ideologies and principles. If no one ever told you that you could tackle a project differently and are stuck believing that the world is only black and white, how will you ever be creative in pursuing that project?

So, how can we change this in our daily lives?

Research conducted by UCL states that shifting perspectives, like living abroad and considering different cultures and ideas, can help improve creativity and spontaneity by showing the brain that solutions other than the ones it already knew from routine experiences exist.

Aaron Heller explains that people feel happier when they depart from routines and take on new things in life because the brain is stimulated in an entirely new way. The pool of responses to specific problems in life widens, allowing the individual to pursue more courses of action, think more creatively and be more spontaneous.

Considering this research, the solution to getting out of the rut is simple. Make a conscious effort to go to a different restaurant than you were used to. Go on more trips. Try a new hobby. Read another genre of books. Even if you don’t like some of the new activities you try, the long-term benefits of boosting your creativity and spontaneity are worth it.

3.    Routines Take Up All Your Free Time

Why Do Daily Habits Occupy All Your Free Time?

Routines need to be reliable to stay intact. If your routine doesn’t encompass all the time you have in a day and doesn’t schedule an activity for each part of your day (eating, working, relaxing, sleeping, and so on), it can’t even be called a daily routine; it’s at best a habit. Your daily routine needs to be all-encompassing because having a lot of unscheduled time in your day can make you stray from the routine; you might even stop following it altogether. When following a routine, your brain freaks out if it has gaps of free time between activities and tends to fill that time with useless activities.

Why Are Creativity And Spontaneity Contingent On Time?

For many people, being in a time crunch means relying on what they know best: habits and routine ways of tackling life. By taking up all your free time, routines disallow you the liberty to try something new. If your routine allows you two hours of leisure time, you won’t be comfortable trying a new sport. Not liking it means you just lost two precious hours of your life. Research shows this is even true in the workplace; time constraints are coupled with lower levels of creativity and spontaneity.

How To Make Time?

As discussed previously, the best way to make the time you need is to slot more relaxing activities in your day and switch up your old routine from time to time. Instead of scheduling every second of the day, organize only the vital parts and approach other activities more liberally. Instead of forcing yourself to go to the gym every Monday, decide that you should go three times a week and choose the exact time on the spot. This approach will allow you the necessary time to pursue your creative and spontaneous side. 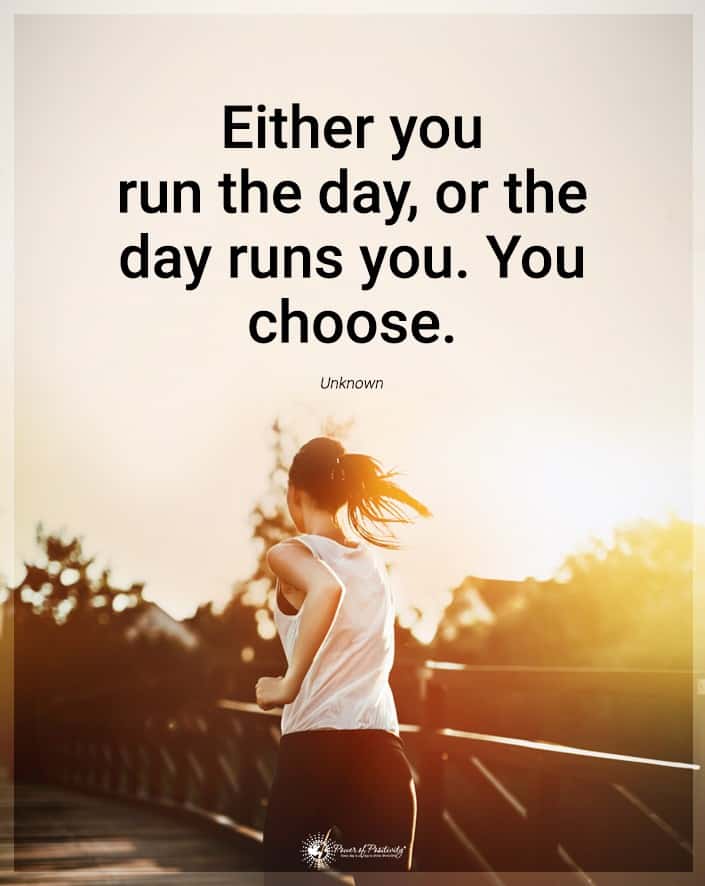 Final Thoughts On How Daily Routines Stifle Creativity And Spontaneity

In this day and age, routines are everywhere. More and more people need stability in life, so they turn to daily routines. Many of these people end up falling into ruts, either because of neurological reasons or because they don’t have the time to experience new things and let their creativity and spontaneity flow. If you are in a rut, don’t feel ashamed or stuck. Instead, focus on small things, like taking a walk from time to time or scheduling less of your daily activities. Even if the change is small, it can have an enormous positive impact on your life! You might even find yourself trying something insane, like cliff diving!