Control freak: a person who feels an obsessive need to exercise control over themselves and others and to take command of any situation. ~ Oxford English Dictionaries

Have you ever known a “control freak?” If so, the odds are that you remember their name and face. These folks leave an imprint on the brain that’s hard to ignore.

Some control freaks are borderline narcissistic. Not only are they unaware of how they’re perceived, but they probably wouldn’t care if you told them.

Some control freaks suffer from diagnosable mental health conditions. Amy Morin, the author of What Mentally Strong People Don’t Do, says, “Many people who enter my therapy office with depression, anxiety, and stress-related issues have one thing in common: They spend a lot of time focusing on things they can’t control.”

Regardless of the rationale behind their behavior, control freaks share another thing in common: they drive pretty much everyone nuts.

Now, time for an uncomfortable truth: there’s a bit of control freak in every one of us. Don’t think so? How many times have you irrationally engaged in self-torture over something you couldn’t control?

That’s being a control freak. It’s also called being human. This is acceptable – to a certain extent.

There is, however, one big difference between you and the folks we’ll be discussing next: you stop with your thoughts. Control freaks leave a toxic impression wherever they go. Besides that, they will obnoxiously voice their illogical discontent without a second thought.

Here are five other signs that someone is a control freak … and tips on how to avoid them:

Watch for these red flags.

To be part of a team means giving up some semblance of control. Predictably, control freaks don’t handle this situation very well. Control freaks possess an irrationally strong desire (obsession) to “orchestrate” their own outcome.

Indeed, many control freaks are loners. So when they’re forced to be part of a team (which they have to be), they’ll quickly turn into overbearing, fussy teammates.

2. They try and convince people to change

Control freaks have a firm belief that they know what’s best for everyone. A ridiculous notion, but part of the psyche of a control freak nonetheless.

Control freaks can’t resist the urge to lecture others about “the right way” to do, well, pretty much anything. More devious control freaks will spew inaccuracies and untruths to try and change someone for their sole benefit. 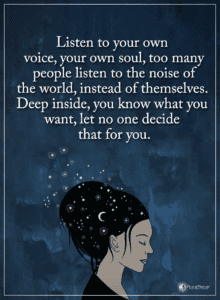 Who the heck wants to be involved – in any capacity – with someone who concerns themselves with everything you do? Not only will they try to defeat any sense of autonomy you have, but they’ll “correct” you on a near-constant basis.

Thanks, but no thanks.

4. They have little compassion for honest mistakes

While control freaks are all-too-willing to overlook their errors, you can forget about receiving any sympathy for yours.

Control freaks have a problematic view of success, believing it to be the sole result of work ethic and ability. That’s because they believe someone else’s mistakes are “obvious” indications of their laziness or stupidity.

Speaking of which, control freaks believe that success is achievable in every circumstance. (Just don’t point out their glaring failures under those very same conditions.)

Unsurprisingly, control freaks cannot resist the opportunity to correct someone else. From voicing their objection to someone’s point of view to “improving” someone’s choice of words, their insatiable desire to always be right is perpetually on display.

Moreover, control freaks don’t take counterarguments too well, especially those with logic, as their need to be right will always supersede the truth.