“Sugary drinks are blamed for increasing the rates of chronic disease and obesity in America. Yet efforts to reduce their consumption through taxes or other measures have gone nowhere. The beverage industry has spent millions defeating them.” – Robert Reich (American political commentator, author, and professor)

In a bill the state Senate in California passed on Thursday, sodas and other sugary drinks sold in California must come with a warning label. This label must explain the risks of obesity, diabetes, and tooth decay from consuming the products. The beverage industry, of course, vehemently objected to the bill.

The Senate voted 21-11 on Thursday to require drinks that have 75 calories or more of added sugar or sweeteners per 12 fluid ounces to have warning labels. The labels will look a lot like the ones on cigarette packs. You know, the one, containing a triangle with an explanation mark inside it and the warning in bold type placed on the front of the container. The warning will appear separately from other information, such as the nutrition or ingredients.

Retailers serving fountain drinks would have to put up warning signs about the products where their customers can clearly see them. The Department of Public Health would enforce the law. Enforcement would include warnings for a first offense and fines of up to $500 for every subsequent violation. However, retailers would be protected from lawsuits from customers.

Bill author Senator Bill Monning, D-Carmel, said that they aren’t taking the products off the shelves. They simply want to help customers make an informed decision; people have a right to know what’s in the products they’re consuming.

Opposition from the beverage industry

According to records, the American Beverage Association spent more than $273,000 lobbying against the bill and others since January 2019. It has called the labels misleading, reiterating what the Food and Drug Administration said about added sugars generally recognized as safe when consumed sparingly.

The association also pointed out a federal appeals ruling in January that prevented something similar from happening in San Francisco. The ruling stated that the measure violated constitutionally protected commercial speech. 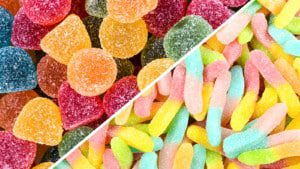 American Beverage Association spokesman Steven Maviglio said that the beverage industry supports providing customers with accurate information on its products; however, they state that using misleading labels that have been blocked in other courts in California is not the best way to go about doing that.

After debate, the bill only had 17 votes, but needed 21 to pass. However, the bill came back up for a second vote a few hours later; that time, it passed with the necessary 21 votes after Monning convinced some of the holdouts.

The bill will now head to the state Assembly, where a similar proposal didn’t pass two years ago, according to Monning.

Other laws regarding the beverage industry have also been brought up in California. Last year, a law was passed requiring restaurants to only list milk or water on children’s menus, offering sodas and other sugary drinks upon request only. However, a law that would tax soda and ban “Big Gulp” style drinks failed to pass earlier this year.

What do you think of this law? Let us know your thoughts in the comments!