The eyes have your attention from the moment you meet someone, but how much you are trusted may be as simple as being born with brown eyes. Research now reveals the reason behind our bias toward trusting brown-eyed people more than those with any other eye color.

Why we assess trustworthiness

Trust is huge when it comes to human daily social interactions. Whether or not we can extend our trust to share personal things about ourselves in conversation is something we assess in the first moments we meet another person. Will this individual be an ally or an enemy?

As our early human ancestors struggled for survival with limited food and resources, knowing who would help or hurt you could make the difference in being able to raise a future generation. Quick assessments of trustworthiness based on visible appearance were important to cave-dwelling warrior hunters, and snap judgments continue to be a social habit that we use in each interaction in modern society today.

But why would eye color affect whether or not we are trusted? If you yourself have a light eye color that was always previously complimented by others, do you now wonder if you are trusted less often than your dark-eyed peers or family members?

Here’s why people with brown eyes are trusted more

Researchers in an Australian study used personality questionnaires in their work, which revealed that dark eyed Northern Europeans are more agreeable and less competitive than their light-eyed counter parts. “The darker a North European’s eye color, the more likely they are to be altruistic, sympathetic to others and eager to help. Conversely, lighter eyed people are more likely to be observed as competitive, egocentric and skeptical of others intentions.” This bias toward brown-eyed people being trusted more may be simply a tendency toward being a more cooperative personality type than those who have light-colored eyes. 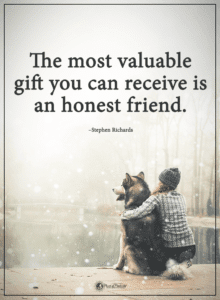 Blue, brown, green and everywhere in between

It is noted from the moment we are born; eye color is one of the ways that government officials use to recognize distinguishing facial features. For example, they use eye color to identify us on state and federal photo ID cards and birth certificates.

Czechoslovakian researchers found that, although when surveyed, people rated brown-eyed people to be more trustworthy than other eye colors, but when pictures of faces were kept the same and only the eye color was changed, the level of trust was not different. Therefore, the researchers revealed in their conclusions that “the key to being perceived as trusting did not come from eye color but rather from facial characteristics that are shared by people with brown eyes.”

Men with brown eyes have a tendency to also have these facial traits:

In general, the facial characteristics that were shared by men with brown eyes were considered to be more masculine and were rated more trustworthy.