Are you someone who gnaws on your fingernails throughout the day? If so, you certainly have a lot of company. It’s estimated that about one-third of adults continues to bite their fingernails.

Ever contemplated the psychology behind biting your nails? Most people view the act as a sign of nervousness and anxiety.

On the surface, this viewpoint makes sense…but it may not tell the whole story. According to a study published in the Journal of Behavior Therapy and Experimental Psychiatry, nail biting may be a sign of…perfectionism.

In this article, we’ll briefly discuss the study and its implications for the nail-biters among us. We’ll also talk nail-biting from a health perspective.

If You Bite Your Nails, Here’s What It Means About You

Body-focused repetitive behaviors (BFRBs) are described as “repetitive, injurious, and non-functional habits that cause significant distress or impairment, including hair-pulling, skin-picking, and nail-biting.”

Researchers hypothesized that individuals who engage in BFRBs are more prone to actions under the FA model, as “they demonstrate maladaptive planning styles characterized by high standards and unwillingness to relax,” two inherent traits in perfectionists. 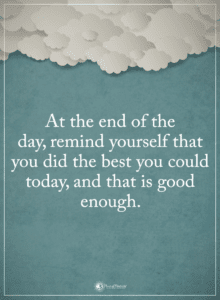 After observing a ‘BFRB group’ and a control group, consisting of 24 and 23 participants, respectively, researchers concluded the correctness of their hypothesis. The study’s results include three observations:

(1) The BFRB group reported a considerably higher urge to engage in BFRBs than the control group across conditions.

(2) BFRB participants reported a considerably higher urge to engage in the boredom/frustration and stress environment than in the relaxation environment.

The Study and Perfectionism

The lead author of the study, Dr. Kieron O’Connor, stated “We believe that individuals with these repetitive behaviors may be perfectionists, meaning that they are unable to relax and to perform tasks at a normal pace. They are therefore prone to frustration, impatience, and dissatisfaction when they do not reach their goals.”

In other words, nail-biting may have less of a correlation with nerves and anxiety than with frustration. This observation, along with the study’s demonstrated linkage of nail-biting and other perfectionistic traits – impatience, boredom, and dissatisfaction – provides further evidence to the idea that perfectionism may prompt the act of nail-biting.

As the study makes clear, nail-biting is considered a body-focused repetitive behavior – a classification reaffirmed by the vast majority of the medical community. Any BFRD-related behavior is harmful to one’s health, and nail-biting is no exception.

Per WebMD, “Nail biting has both physical and emotional consequences.” Among the physical problems associated with nail-biting:

– Soreness and redness of nails and cuticles

– Increased vulnerability to bacteria, infection, and viruses (via passage from finger-to-mouth contact)

Psychologically, WebMD associates fingernail biting with anxiety and stress; though it could potentially indicate a more serious psychological problem such as Obsessive-Compulsive Disorder (OCD). Relatedly, perfectionism is considered a risk factor for OCD.

Fingernail biting is a common but very unhealthy habit – a habit fed by counterproductive emotions and (potential) psychological problems.

Although being “diagnosed” as a perfectionist may understandably stoke feelings of pride in the uninitiated, it is an extremely unhealthy mental state. Studies have linked the personality trait of perfectionism with myriad psychological issues: personality disorders, eating disorders, social anxiety, social phobia, body dysmorphic disorder, self-harm, substance abuse and clinical depression.