“A person with a cold heart can only show their love by being cold.” – PureDragonWolf

What does it mean to have a ‘cold heart’? Usually, a ‘cold heart’ describes someone who is emotionally unavailable. They are not a warm or loving type of person.

“…I perceive so-called “cold people” as, more than anything else, people who are shut-down, repressed, and out of touch with their deeper feelings. Further, emotionally alienated from themselves, they can hardly be expected to express to others feelings that they themselves are unable to access,” says clinical psychologist and author, Leon F. Seltzer, Ph.D.

Getting involved with someone who has a ‘cold heart’ can often lead to heartbreak for the individual in question. People who have ‘cold hearts’ have certain behaviors that make them easy to spot, however.

Here Are 8 Behaviors That Reveal Someone Has A ‘Cold Heart’

1. They don’t ask you about yourself

Not just physically, but emotionally. It may seem like they’re never really “all there” when you’re having a conversation. They keep a lot of their feelings to themselves. Someone who has a ‘cold heart’ will rarely ever open up about their emotional vulnerabilities. They simply keep their distance, no matter what.

3. Something is always ‘missing’

You just can’t connect with a person who has a cold heart. When you’re with them, it may always feel like there’s a piece of something ‘missing’ from the relationship. Whether the relationship is romantic, platonic, or familial, a cold-hearted person will always have a hard time connecting with the people in their lives. Something is ‘missing’, and it’s usually an emotional connection. 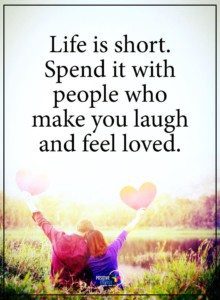 Someone with a ‘cold heart’ will often try to control the people around them through manipulation. This is because they often lack empathy for other people. “Manipulators often voice assumptions about your intentions or beliefs and then react to them as if they were true in order to justify their feelings or actions, all the while denying what you say in the conversation,” says Darlene Lancer, JD, MFT.

A cold-hearted person will try to manipulate everyone around them. They may try to get close to people and find out information that is useful to them. They will often have skeletons in their closets, and a list of people that they have manipulated for one reason or another.

Someone with a ‘cold heart’ will have no good relationships in their past. “Emotionally unavailable people see a relationship as a source of comfort — something to occupy their time until something better comes along,” says author and relationship expert Sarah Rusca Cline.

They may often characterize their ex-partners as “crazy”. They have a string of bad relationships left in their wake. They can’t seem to settle down with one person. They also may have a disconnect from their family. A person with a ‘cold heart’ is also not likely to have very many close friends, either. Keep an eye out for this person’s past and present relationships.

Me, me, me. Someone with a ‘cold heart’ will often be focused on how everything affects them – even when it doesn’t. “Unconsciously viewing others as “extensions” of themselves, they regard them as existing primarily to serve their own needs—just as they routinely put their needs before everyone else’s…” says Dr. Seltzer

They tend to be incredibly self-centered. This type of behavior manifests in playing the victim or trying to one-up someone. If you get a promotion, a cold-hearted person will be able to make it about them, somehow. They might say they got a better promotion (even if they didn’t).

Lying is a behavior to watch out for when it comes to someone with a ‘cold heart’. Lying is a part of manipulation, which a cold-hearted person uses to control the people around them. They may lie about things that don’t really matter, like what they did that day, or what school they went to. A cold-hearted person may also lie about big things.

Usually, someone with a ‘cold heart’ will lie about their past relationships, or any falling out with friends.  “…you’ll see a history of his fabricated storytelling and wonder to yourself how you could have ever believed some of those absurd lies in the first place,” says divorce recovery coach Cindy Holbrook. They lie to make themselves seem more sympathetic.