“I will not try to convince you to love me, to respect me, to commit to me. I deserve better than that; I AM BETTER THAN THAT…Goodbye.” – Steve Maraboli, ‘Unapologetically You: Reflections on Life and the Human Experience.’

Any breakup – of a marriage, courtship, friendship, etc. – is not (in most cases) a “whim of the moment” type of thing. Breakups generally result from an underlying issue – or series of problems – leaving one or both parties susceptible to feelings of incompatibility.

Relationship experts harp on the importance of communication, and for a good reason. Ineffective or poor communication commonly manifests into other relationship problems. In many scenarios, something that could be resolved with a mature conversation becomes a “winner take all” argument, often leading to resentment and distancing from one another.

This segues into the topic of this article: 7 things that lead to a breakup. Unsurprisingly, communication problems comprise the majority of items on this list. We sincerely hope that the advice and knowledge below will improve any and all relationships in your life.

While the article is written from the perspective of an intimate partnership, much of the context applies to most personal relationships.

Here are 7 things that lead to a breakup:

1. Assuming or convicting with no rationale

We all know the famous adage about assuming: that it makes an “ass out of you and me.” This adage proves especially true when assuming something – and worse yet, irrationally verbalizing that “something” – about your partner without discussion or inquiry.

As a relationship unfolds, verbal and non-verbal communication is easier to decipher. Long-term couples, for instance, are quite adept at understanding each other’s idiosyncrasies without a word. That said, being presumptuous about a matter of significance is never a good idea.

Instead, relationship experts reiterate the importance of real and honest communication; this means not assuming any subject of significance without open dialogue.

On the surface, to refrain from excessive criticism seems simple. However, as a couple becomes more involved and spends more time together; including, moving in together, meeting one another’s family and so forth, both are inclined to be more “open.” In some ways, this openness is good – and in others, it’s not so good.

One example is being so comfortable with your partner that you become overly critical. After all, they “know” mostly everything as it pertains to each other’s chemistry, right?

However, if your partner is subject to unreasonable criticism; they’re more likely to become avoidant and distant.

The solution: if your partner is continuously acting in a manner perceived as unacceptable or damaging, a constructive conversation can be had minus extreme critiquing.

The four “rules” of active listening are: (1) Seek to understand before you seek to be understood; (2) Be non-judgmental; (3) Give your undivided attention to the speaker, and (4) Use silence effectively.

Failing to listen to one another isn’t limited to intimate relationships; this widespread pervasiveness in modern life is quite troubling and equally harmful.

Similar to “being overly critical,” insulting your partner can occur out of a perceived level of comfort. When you’re out with friends (maybe having a drink or two), it’s easy to “pick on” your partner by making an ill-conceived joke; perhaps attempting to lighten up a group conversation, for example.

But one risks the possibility of going too far. Joking around at the (true) expense of another person does happen – and this can hurt both the person and the relationship. How each one of us interprets certain types of humor (e.g., sarcasm) ultimately determines the interaction’s outcome.

Yes, psychological projection can take place between partners. Once again, this is a failure of communication. It is also a failure of self-awareness and an insufficient understanding of the other’s way of thinking.

Related article: 8 Ways to Heal After a Major Breakup 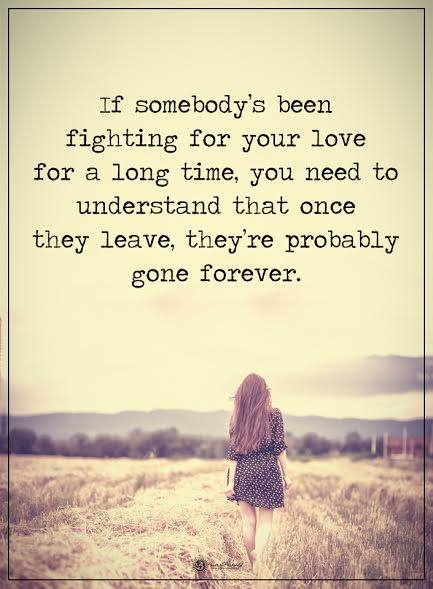 As mentioned, an accusatory tone isn’t well-received, especially by the other half of a relationship.

Own your feelings and withstand the temptation to project them onto anyone, especially your partner.

6. Favoring your inner circle too often

It’s normal for couples to want to hang out with other couples. In this sense, consideration should be given to how much time is being “allocated” to each’s social group. If your partner heavily insists – or is adamant on – being around their friends all the time, a reasonable conversation is an absolute necessity.

The willingness to spend time with one another’s social circle is a sign of compromise and selflessness. (Yes, it does suck when that one person who you despise will be there; but your partner will assuredly appreciate your sacrifice under the right conditions.)

As much as we may love our other half, time apart is crucial to a healthy relationship. On the other hand, insisting that you both do everything together can be detrimental. Why? Because we need a sense of individualism – a very humanistic element of novelty – that significantly impacts individual happiness or lack thereof.

If either person feels that they’re “required” to be somewhere all the time, they’ll feel deprived of their individual happiness; forced instead to embrace a co-dependent state of mind.

Related Items breakups dating relationships things that lead to breakup what makes people breakup
Power of Positivity uses cookies to give you the most relevant experience. For more information see our Privacy Policy.
Continue
Manage consent