“Studies exploring the performance gap between men and women in math and spatial skills have found that confidence plays a huge role.”

Dr. Bradberry makes a rather bold statement – as do many others.

In a 1,300-person study conducted by researchers at the University of Maryland, authors discovered that the perceived gender gap in spatial abilities disappears when gender differences in skill are not assumed.

Other studies, measuring not only spatial but other cognitive faculties, have produced similar outcomes.

Dr. Bradberry distinguishes between “true” confidence and egotism or swagger.

“True confidence is very different … When people believe in themselves and their abilities without bravado, there are certain things they simply don’t do.”

In other words, confident people have a set of behaviors – a code of conduct, if you will – that deters them from sabotaging their progress. We’ll discuss these actions in some more detail in the following section.

“A bulk of research shows that when people are put in situations where they are expected to fail, their performance does plummet. They turn into different people. Their head literally shuts down, and they end up confirming the expectations. When they’re expected to win, their performance shoots back up. Same person, different expectations.” ~ Scott Barry Kaufman, Ph.D.

1. They don’t care about attention

Perhaps more than any other personality trait, people gravitate towards those who possess a good attitude and positive outlook. Confident people innately know this, which helps explain why they don’t care about any attention they do or do not receive.

When a confident person does receive attention, it is well-deserved. But what’s interesting is they’ll redirect the spotlight off of themselves and shine it towards those who helped them along the way (colleagues, bosses, family).

In short, a confident person draws satisfaction not from attention, but from self-esteem. 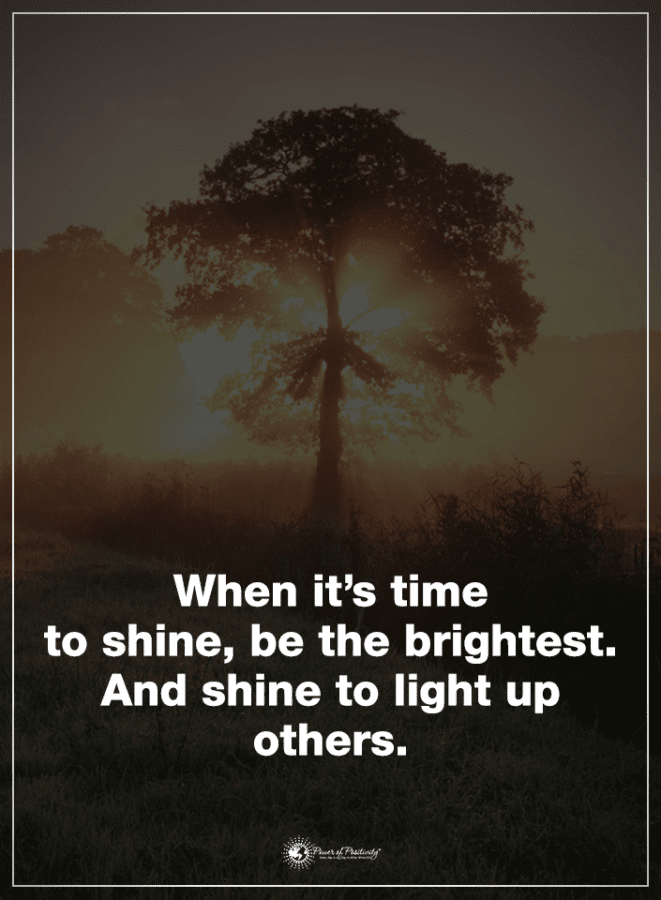 2. They refuse to make excuses

There’s really no other way to put it: too many of us (including yours truly) make excuses. Does making excuses mean we’re bad people? No. Does it mean we’re failures? Absolutely not.

What it does mean is that we need to take a bit more accountability for ourselves. This isn’t easy in a 24/7 society that tries to pump every last ounce of productivity from us; but – if we’re confident in ourselves – and in our poise and inner-strength, we can still push through.

Very confident people do exactly that.

Listen up, some of us (again, including the author) despise conflict. (Most introverts do; damn – I made an excuse!)

Much as we may hate conflict, it is part of life. Confident people don’t define conflict as something to avoid, but something to be properly managed.

This doesn’t mean confident people go around strutting and beating their chest – that’s bravado. However, confident folks will “eat the frog” and face conflict gracefully and with an open mind.

4. They don’t seek admiration or praise

How many of you have worked with a person who always needed constant affirmation or praise? This situation can be annoying.

Confident people do not engage in this type of self-serving behavior. If anything, they actively avoid doing things that make them “stand out.”

“The belief that events in one’s life, whether good or bad, are caused by controllable factors such as one’s attitude, preparation, and effort.”

On the other side of the coin, individuals with an external locus of control blame everything that happens on outside forces. A belief that, ultimately, doesn’t get them anywhere.

Procrastination is a behavior we all engage in – some to a greater degree than others. Again, this doesn’t mean we’re bad people – it means we’re human.

Confident people fall on the right side of the “procrastinate/take action scale.” Part of the reason for this is that certain people have fewer fears – of change, failure, or even success – than others.

Here’s something we all need to remind ourselves from time to time: there is often no “right time,” “right way,” or “right circumstance.” The present is the only time that matters.

Let us make good use of the present.
(Readers: do you have anything to share about confidence? Have you successfully overcome any of these self-limiting obstacles? Please share your story!)