What began as a study to investigate the mechanisms of a rare genetic disease may have uncovered instead the root cause of balding and hair greying.

“Although this project was started in an effort to understand how certain kinds of tumors form, we ended up learning why hair turns to gray and discovering the identity of the cell that directly gives rise to hair.” ~ Dr. Lu Le

Dr. Lu Le and colleagues were looking into a disorder called neurofibromatosis type 1 (‘NF1′), a genetic condition whereby tumors grow on nerve tissue in the brain and spinal cord. While this research remains ongoing, the team may have discovered a breakthrough in the cause and, possibly, treatment, of baldness and greying.

Grey hair, hair loss, and balding are natural and heavily influenced by genetics. While losing or greying of hair is not harmful, it can induce psychological stress (which, BTW, is not related to greying or baldness!) To this end, Dr. Le and colleagues believe that their research will eventually produce new treatment options.

Quick Stats About Balding And Graying

According to a study published in the Journal of Dermatology, 74% of people between the ages of 45 and 65 display some degree of greying. 6 to 23% of adults worldwide have 50 percent gray hair coverage by the age of 50 years. 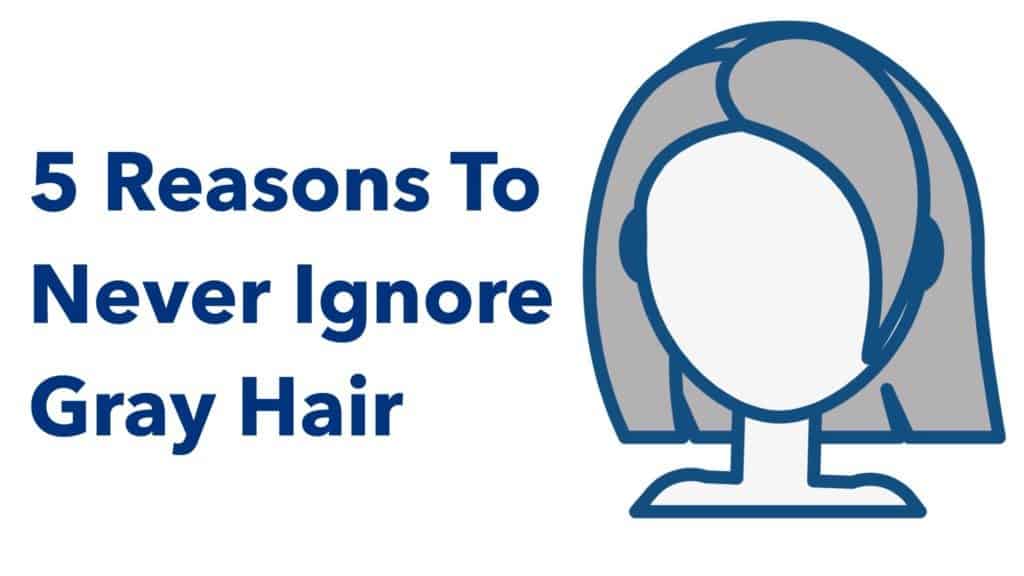 Dr. Le and colleagues found that an abnormality or absence of one of two proteins – ‘KROX20’ and stem cell factor (SCF) – “play(s) a significant role in hair loss and graying,” respectively.

Previous studies show that hair follicles (openings from which hair grows) contain specialized cells that aid hair growth. Le and his team observed that when SCF cells are transported to the base of the follicle, KROX20 activates in turn, which permits hair growth.

When SCF cells were removed from the genes of mice, the rodents grew gray hairs. When KROX20 were removed, the mice grew no hair at all.

“With this knowledge, we hope in the future to create a topical (applied) compound or to safely deliver the necessary gene to hair follicles to correct these cosmetic problems.”

In one study of 984 people, researchers set out to answer the question “How effective is rogaine?” Of the 984 participants, 62% reported a reduction in hair loss. As far as hair regrowth, the drug was rated as “effective” in 48% of the cases, and “ineffective” in 16% of the cases. All told, the product works at about a 50/50 clip (Rogaine advertises this number as well.)

Dr. Le, it is assumed, seeks to improve on products such as Rogaine by implementing his findings from the study. A topical hair product is traditionally expensive (a 2-ounce supply of rogaine is $30), and – should the product prove effective – the person must continue to use it to see results.

Part (b) of Le’s response is a bit more intriguing; “…to safely deliver the necessary gene…” implies a type of hair gene therapy. As the name all but gives away, gene therapy is an expensive procedure.

Per the American Hair Loss Association, “(gene therapy) is a medical treatment still in its infancy.” As such, there exists few documented cases of the therapy working.

Of course, plenty of hair coloring products exist on the market, and there is no shortage of hair stylists. However, as anyone who has dealt with greying hair can attest, coloring and recoloring is not only expensive, but time-consuming.