Even some of the most famous people in the world face criticism and bodyshaming.

As it would turn out, Oxford University’s definition of body-shaming is right on the money. Particularly, the examples, which (oddly enough) involve the shaming of public figures. Anyone without a “perfect body” is a potential target for such ignorance, as Oxford’s definition examples illustrate.

A public figure deserves no better or worse treatment than an ordinary, everyday citizen. If there’s one positive takeaway from Raisman’s encounter, it’s that public figures can voice a concern to the masses. The masses, in return, expose the sad reality that discrimination has few boundaries.

Noun: The action or practice of humiliating someone by making mocking or critical comments about their shape or size. (Ex: ‘she is not the only celebrity to speak up about bodyshaming.’)

Adjective: Expressing mockery or criticism about a person’s body shape or size. For example, ‘the singer has been dealing not only with heartache but with nasty bodyshaming comments.’

Alexandra Rose “Aly” Raisman is a two-time Olympian gymnast, competing in 2012 and 2016. She earned a total of six medals, including three gold medals. In her career, Raisman amassed over thirty medals in just six years of professional competition.

But it’s not Raisman’s exceptional athletic ability that caught the spotlight. Instead, it was her response to some bodyshaming troll she encountered at the airport.

Back in May of this year, Ms. Raisman described the situation at the airport on her Twitter feed:

“Lady at TSA: “Gymnast? I recognized u by ur biceps.”

Man at TSA: “I don’t see any muscles” & continues to stare at me. How rude & uncomfortable.”

Raisman continued to update the feed. “He was very rude. Staring at me shaking his head like it couldn’t be me because I didn’t look “strong enough” to him? Not cool.”

It’s fair to say that Aly Raisman is not a “typical” individual in the sense that she’s an accomplished athlete. Beyond that, she is what many would consider excellent physical condition.

Yet, after her encounter with a male TSA (Transportation Security Administration) employee, she was allegedly victimized for her appearance. This interaction obviously left an impression on Raisman, and she was quick to voice her displeasure:

“I can express myself in any way that I want. But that doesn’t give anyone the right to judge me.”

Indeed, Raisman did not deserve such treatment. Nobody deserves such treatment, especially from an employee within a government agency whose job it is to ensure the security of the public. 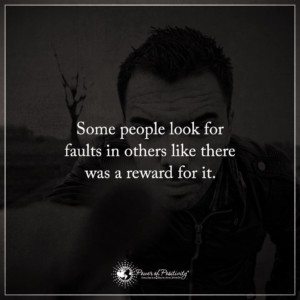 This year, Lady Gaga was body-shamed following her performance at the Super Bowl. (Gaga was apparently flashing too much “flab” around her stomach region.) The talented performer received an onslaught of negative, repulsive, dim-witted comments on Twitter.

One crackpot had this to say: “Tried to enjoy @ladygaga’s performance, was distracted by the flab on her stomach swinging around #SuperBowl.”

Apparently, this imbecile lacks basic observational skills. The performer: (a) descended hundreds of feet from the top of a stadium roof, (b) was swinging on ropes while belting her three-octave voice, and (c) looked incredible doing both.

But this isn’t all about the knuckleheads on Twitter. (This writer could bash these hare-brains for the next 500+ words of this article if this were the case).

As the two examples above demonstrate, celebrities are easy targets for shaming. In the case of Raisman, it’s safe to infer some degree of sexism was involved in the encounter.

“Body-shaming” is defined by Dr. Ruth White in Psychology Today as “the cultural tendency to shame a woman for not meeting the most unreachable thin-but-curvy cultural ideal.” Millions of people – both men and women – are subject to this despicable form of abuse every day. Sadly, bullying (an act that is certainly applicable to personal attacks of any kind) has the most detrimental impact on children and adolescents.

Dr. White provides a unique, much-needed perspective as well. Dr. White is a UC-Berkeley-educated African-American female – and has been an outstanding advocate for diversity and inclusion initiatives across the globe. Put simply; fewer individuals are more qualified to speak about mental health issues facing the “outliers” of society than Dr. Ruth White.

Is there a solution?

The federal government launched a nationwide campaign against bullying during President Barack Obama’s administration. The President and First Lady were instrumental in the creation of various anti-bullying initiatives.

During a 2011 press conference, the President emphatically stated the following:

“If there’s one goal of this conference, it’s to dispel the myth that bullying is just a harmless rite of passage or an inevitable part of growing up. It’s not. In fact, bullying can have destructive consequences for our young people. And it’s not something we have to accept.”

Research demonstrated that bullied children, teens, and young adults, about 13 million people, “are more likely to have challenges in school, to abuse drugs and alcohol, and to have health and mental health issues.”

One prominent expert found that “obese children were (1.6) times more likely to be bullied than non-obese children.”

Government efforts can only carry so much weight. It’s up to all of us – citizens, public officials, celebrities, public figures – to end this epidemic.

Abuse, bullying – whatever one may call it – isn’t something to take lightly.

Indeed, it doesn’t matter if it’s a toned public figure, a multi-platinum artist, a blue-collar worker, or an overweight public-school student. Please just remember that bodyshaming, verbal/physical maltreatment, cyber bullying/harassment, or any other variation of harm upon another human being must be exposed and dealt with.