We aren’t often afraid of something for no reason. Sure, there’s underlying anxiety some of the time, but we’re usually quite capable of identifying what – or who – scares us.

When it comes to relationships, things aren’t that simple (surprise, surprise!). Fear can play a huge role in relationships – and usually not in a good way. Predictably, individuals who struggle with relationship-related fear often have a hard time finding, maintaining, and cultivating a partnership.

If we were to explain these fears using one word, it’d be vulnerability. Some people, quite simply, don’t handle the idea of being vulnerable very well. If not rectified, this fear can evolve into avoidance behavior, which can evolve into loneliness.

When we hear or say the word ‘love’ in the context of an intimate relationship, another word comes to mind: commitment. Relatedly, many of the fears that people experience in relationships are rooted in fear of commitment.

As you read through this list, you’ll notice that many of the things listed here revert back to the commitment issue.

Here are 7 behaviors of someone who may be afraid of falling in love:

1. Their love life thus far has been a series of short relationships

If they’ve never committed to a long-term (>1-2 years) relationship despite no longer “young,” they may have a fear of falling in love. Having long-term relationships without giving any sort of genuine commitment is another possible sign.

When used often, these modifying words display a type of relational indecisiveness. Although these words and phrases may appear harmless, saying them every other sentence demonstrates a lack of maturity. While what they do may be a notch above what they say, the latter is nonetheless vital, particularly concerning intimacy.

3. They’re uncomfortable with “giving away” your freedom

Let’s start by saying this: there is absolutely nothing wrong with choosing to remain single. Notice the word ‘choosing’ in the sentence. Why do many people choose to remain single? Because of the lifestyle, of course! There is no way around it: single individuals have much more freedom. As a result, some of these folks may be either uncomfortable with or have an innate fear of committing to someone.

4. They have a difficult time with the “L-word”

As with pretty much every other item on this list, there are some caveats. Minus those, finding it hard to express may be indicative of a fear of feeling an emotion – in this case, love.

“Love” is a strong word, and when used during the early phases of an intimate relationship, this invites an analysis of said relationship’s future. “Future” involves planning – in other words, added responsibility – that some people aren’t comfortable with taking on. 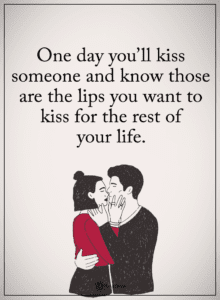 “Boyfriend and girlfriend” isn’t a phrase they’ve used much in the past, if ever. Some individuals who feel anxiety about falling in love tend to sidestep the labels that accompany two people who’ve been ‘seeing each other.’

Once again, something like not wanting to label a relationship totally fine. The problem, as any person who faced a similar situation will attest, is the real or perceived pressure that arises from friends and family to “label” their relationship. (Are you listening, parents?)

6. They aren’t one for committing to dates or nights out

We’re back to the commitment thing. The reason that we’re back is that there’s no way around it! Even casual dating requires a certain amount of planning and evaluation – in other words, commitment.

People who are afraid of falling in love may evade the dating scene, or fail to show up for a scheduled night out. If this should happen, you can probably bet that they won’t be preparing for another date anytime soon.

Love-a-phobes have an innate desire for intimacy like the rest of us. Should they feel that any one person is not capable of providing this need, they may turn to multiple people – often for sex.