“If you walked away from a toxic, negative, abusive, one-sided, dead-end low vibrational relationship or friendship — you won.” – Lalah Delia

Someone who has recently exited an abusive relationship needs to be treated with respect and compassion. They’re going to need a lot of support to help them get back on their feet. According to The National Domestic Violence Hotline, “Abuse is about power and control, so one of the most important ways you can help a person in an abusive relationship is to consider how you might empower them to make their own decisions.”

Emotional venting is important for people who have recently left an abusive relationship. For some people, their relationship consisted of being silenced by their abusive partner. They weren’t able to talk about their feelings and were often left walking on eggshells. You never know how long someone spent being silenced or being coerced into keeping their thoughts and feelings private. Their abuse may have even consisted of gaslighting.

To be supportive, it’s important to allow them to talk about the abuse they endured. “Let them know that the abuse is not their fault,” adds The National Domestic Violence Hotline. Let them vent, because it might be the first time they’ve been able to in an incredibly long time. 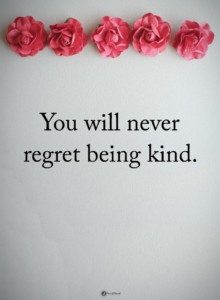 2. But don’t make them talk

As important as it is to be supportive by letting them talk, it’s just as important not to make them talk. Someone who has left an abusive relationship has a lot of emotions. They may not know where to begin when it comes to processing them. They may also not want to talk about the abuse they endured. It’s okay if they want to process things privately. Be a listening ear, but don’t try to force them to talk about anything they don’t want to. If they’re not ready to talk, respect that and let them be silent. Sometimes, silence is the strongest compassion.

3. Use neutral language about the abuser

It might be really tempting to tell someone that their abuser is trash, and that they’re an evil human being. While all those things may be true, a lot of people who come out of abusive relationships still feel loyalty towards their abusers. It’s important to use neutral language when you’re talking to them about their abusers. They will be more likely to open up and talk about their experiences if they don’t feel the need to defend their abuser.

4. Help them find a professional

Sometimes, we don’t have the right things to say. We may not always know how to handle someone’s emotions when it comes to dealing with an abuse victim. Professionals, like counselors and therapists, will have a better time helping someone who has recently left their abusive relationship. Help connect them to a professional and recognize that your advice may not be the best thing that they need right now. Helping them find a professional is one of the most compassionate things you can do when it comes to supporting someone.