While bruises can be unsightly and painful, they’re mostly harmless and easily treatable. We all take a bruising from time to time, but some of us are more prone to black and blue than others. In this article, we’ll talk about why some people bruise easily, what to do about it, and – to cap things off – how to prevent bruises in the first place!

It is completely normal to bruise easier as you age. As we get older, our skin loses some of its density and thickness, including a fatty layer (“subcutaneous fat”) that serves as a cushion for our small blood vessels.

A simple acronym to remember is RICE, which stands for the RICE method. The RICE method is a simple yet effective means of treating sprains, strains, and bruises. Rest, ice, compression, and elevation can ease pain, reduce swelling, and assist healing, even if you do bruise easily.

Kind of a no-brainer here. If you are the sporty type, you’re well aware that you are more prone to injury and accidents than the rest of us. Something else that often happens, especially when the adrenaline is pumping, is the person comes into contact with an object and only finds out later that a rather nasty bruise is forming.

Most bruises do not require medical attention. For mild bruising, use the RICE method.

Various medications and supplements can cause a person to bruise easily. Blood thinners, NSAIDs (e.g., Advil, Aleve), and even supplements such as ginkgo and fish oil may cause the occasional black and blue spot.

Generally, the longer you’ve taken the medication or supplement, the more likely you are to bruise. While the bruising is probably not harmful, it may be wise to speak with the doctor who prescribed the drugs.

Not literally, of course. Long-term exposure to the sun may weaken blood vessel walls, causing a person to bruise easily. Two common conditions, actinic purpura and senile purpura, produce strange-looking patches of dark blue or purple on the hands and forearms.

Sun exposure is dangerous for other reasons, of course, including a higher risk of skin cancer and heat stroke.

Corticosteroids, an anti-inflammatory drug commonly prescribed for asthma, arthritis, eczema, and COPD, may produce bruises as a side effect. Corticosteroids are present in many forms of prescription medicine, including topical rubs, pills, and inhalers.

Long-term use of steroids may cause thinning of the blood vessels, thereby increasing the degree of bruising a person experiences.

There is undoubtedly a genetic factor at play here. If your mom, dad, or grandparents bruise easily, you may also. Genetic predisposition for thinner skin and more fragile blood vessels is very real, with the bruises typically appearing around the arms, butt, or thighs.

Once again, bruising is nothing to worry about, unless other symptoms accompany the bruising (see #7 and #8).

People born with a platelet disorder seem to bruise for no reason. Blood platelets are flat fragments of cytoplasm that clot and obstruct bleeding before it intensifies.

To illustrate platelet function, think of a paper cut. The resultant bleeding from a paper cut is short-lived because the cut is small and because platelets can quickly obstruct blood from such a cut – sometimes within a couple of minutes.

Now, if you get a paper cut and you have a low platelet count, the cut will probably bleed more extensively. 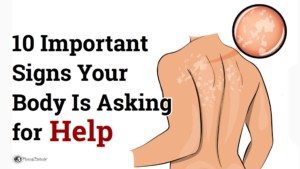 Blood cancers include leukemia and lymphoma; both conditions cause a person to bruise easily. If your bruising appears with other symptoms such as bone or joint pain, fatigue, and swollen lymph nodes, it is advisable to see your doctor.

Prevention is always the best kind of medicine. To prevent bruising, here are a few important tips: