While magnesium may not be the most well-known mineral, it is absolutely essential to the human body. Per the National Institutes of Health Office of Dietary Supplements, magnesium is:

And this doesn’t even begin to scratch the surface of everything that magnesium does in the body. The truth is that magnesium is a miracle mineral. Without it, we could not function.

“The nitrogen in our DNA. The calcium in our teeth. The iron in our blood. The carbon in our apple pies. We’re made of the interiors of collapsing stars. We are made of star stuff.” – Carl Sagan

Magnesium, or ‘Mg,’ is a chemical element of the alkaline earth metal group. As a solid, magnesium has a shiny-grey coloration similar to that of its chemical kin: barium (Ba), beryllium (Be), calcium (Ca), radium (Ra), and strontium (Sr).

Magnesium is thought to have existed since before the Earth was formed – a primordial element. Of all the elements, magnesium comprises the ninth-highest environmental concentration in the known universe. ‘Mg’ is produced by the accumulation of three helium nuclei to a carbon base – most commonly from the erosion of aging stars. Magnesium is also an abundant element in the Earth’s crust and in seawater.

In the human body, magnesium is just outside the ‘Top 10’ of the most abundant elements by mass, coming in at number 11. But magnesium is probably among the most important compounds for the smooth running of the human apparatus. ‘Mg’ is involved in the life and operation of every cell in the human body.

Here are some other interesting magnesium facts:

– Name: Magnesium was named after the city Magnesia, in the country of Greece. It is chemically related to the metals magnetite and manganese.

Magnesium In The Body

Highly interactive with ions of the chemical phosphate, magnesium is a central element to the DNA and RNA of all living organisms. Of all known human enzymes, 300 of them require the action of magnesium ions. Magnesium is also a critical element in the synthesis of ATP, DNA, and RNA enzymes.

Medical experts are always researching new ways to use magnesium for the benefit of human health. Case in point: its use in a recently-discovered surgical implant that naturally degrades in the body. But magnesium has found uses in medicine and healthcare since the chemical’s isolation in 1808.

Dubbed the “miracle mineral” by many health experts, here are seven amazing things that happen to your body when you take magnesium every day:

As mentioned, magnesium is critical to the structure and function of every cell in the body. Of course, one job of the cell is to communicate with surrounding cells in support of your health. Well, it turns out that magnesium is a necessary building block of a vital cell-signaling molecule – cyclic adenosine monophosphate (cAMP). cAMP is present in numerous parts of the body, including the neurological, immunologic, and metabolic systems.

2. It supports the chromosomes

A very recent study finds that magnesium ions are at work in chromosomes. (The study also found that calcium ions are at work, too.) In this regard, magnesium ions influence what geneticists call chromosome condensation. Condensation is otherwise known as ‘folding and coiling,’ wherein the DNA material is held together by proteins at an area of the chromosome called the centromere. It is this intricate process that gives chromosomes their elegant shape.

3. It optimizes the sunshine vitamin

According to a 2018 study published in the Journal of the American Osteopathic Association, magnesium is required for the proper activation and function of vitamin D, otherwise known as the “sunshine vitamin.” Per the study, the effect is systematic: “Magnesium assists in the activation of vitamin D, which helps regular calcium and phosphate … to influence the growth and maintenance of bones.” Besides being active in “switching on” the body’s stores of  ‘D,’ researchers note that deficiency in either vitamin D or magnesium is linked to multiple disorders, including cardiovascular disease, metabolic syndrome, and skeletal deformities.

4. It sharpens the brain

Magnesium also plays essential functions in the areas of brain health and cognition. As a vasodilator, magnesium helps to relax the smooth muscles, which increases blood flow to the brain and also surrounding areas. Studies show that magnesium also plays critical roles in regulating the stress hormone cortisol, as well as those brain receptors involved in cognition, learning, and memory. Recently, a form of magnesium known as magnesium l-threonate has been found to improve brain plasticity and cognitive abilities.

Preterm labor occurs before the 37th week of pregnancy. Contractions of the uterus lead to cervical changes, which can result in premature delivery. In the U.S. and many other places, intravenous (IV) administration of magnesium sulfate is the most common drug for treating preterm labor. Although doctors are unsure as to the mechanism of action, magnesium sulfate appears to be effective at inhibiting or slowing contractions.

Magnesium is the most powerful natural muscle relaxant available. Dr. Mark Hyman recalls the abundant use of magnesium in his practice: “I remember using magnesium when I worked in the emergency room. It was a critical ‘medication’ … If someone was dying of a life-threatening arrhythmia (or irregular heartbeat) … If someone was constipated or needed to prepare for [surgery] we gave them milk of magnesia or a green bottle of liquid magnesium citrate, which emptied their bowels. [Or] if pregnant women came in with pre-term labor, or high blood pressure of pregnancy or seizures, we gave them continuous high doses of intravenous magnesium.” What do all of these applications for magnesium have in common? That’s right; they first relax the surrounding muscles!

7. It normalizes the sleep/wake cycle

Just when you thought you heard it all: it turns out that the magic ‘Mg’ also influences the sleep-wake-regulating hormone melatonin. In a gold-standard double-blind, placebo-controlled study of 46 elderly adults, “dietary magnesium supplementation brought about statistically significant increases in sleep time … (and) sleep efficiency” while “decreasing factors such as sleep latency and serum cortisol (stress hormone) concentration.” The authors of the study also note that melatonin concentration appeared to increase with magnesium supplementation. 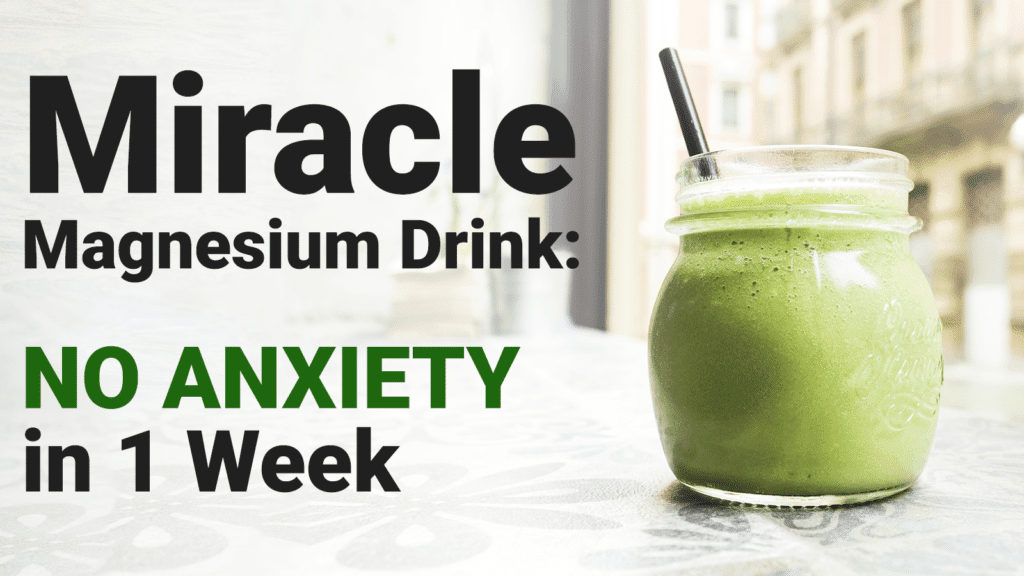 Final Thoughts on What Happens When You Take Magnesium

“Up to 50 percent of the U.S. population is magnesium deficient.” – The American Osteopathic Association (source)

As with so many other vital minerals, a large number of people are deficient. In this section, we’ll go over the recommended daily intake (RDI) for magnesium.

Per the National Health and Medical Research Council, here are the magnesium RDIs by age and gender: