You believe that you are in a relationship with a sociopath, which can be scary to deal with even if you know the signs. That’s because ultimately it’s about you getting out safely or getting help. With a sociopath in your life, you feel like you did something wrong, but in reality, you’re not the one with the problem.

When you met the person that you are now in a relationship with, they had irresistible charm and allure. You felt drawn in by them. Indeed, that charm is one of the ways that a sociopath finds a willing victim to manipulate.

7 Signs You’re In A Relationship With A Sociopath

The Diagnostic and Statistical Manual of Mental Disorders is the handbook that psychologists use to classify the behaviors of a sociopath. Sociopathic behavior falls under the category of Antisocial Personality Disorder. This can be confusing because when we use the word ‘antisocial,’ we usually mean that someone is introverted and shy. But in the case of a sociopath, they are called antisocial because they behave in ways that are against society. 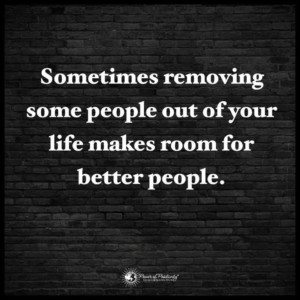 In an excerpt from her book Confessions of a Sociopath: A Life Spent Hiding in Plain Sight, successful ivy league female lawyer and sociopath M. E. Thomas writes of her early life experiences:

“Aggression, risk-taking, and a lack of concern for one’s own health, or that of others, are hallmarks of sociopathy. When I was 8, I almost drowned in the ocean. My mother said that when the lifeguard fished me out of the water and breathed life into me, my first utterances were gasps of laughter. I learned that death could come at any moment, but I never developed a fear of it.”

1. You’ve asked them to change, but they just don’t seem to want to try

When you first notice that your partner has hurt your feelings, you might have let it slide a few times out of your love for them, but if you tried to ask for a small change in their behavior and your partner got upset, that is a sign that you are in a relationship with a sociopath.

2. Your feelings get hurt often

M. E. Thomas writes that she manipulated the love feelings of coworkers and others who she knew had crushes on her to get what she wanted. In one case, she pushed a boyfriend away and encouraged him to pursue another woman. Later, she told him how much she really wanted him. Another time she manipulated a manager to get more vacation time off.

3. You’ve caught them in a few lies

A sociopath uses an overconfident stare when they are caught in a lie, and the sustained, uncomfortable eye contact can make you be the first one to drop it. In a study of pathological gamblers and antisocial personality disorder, researchers found that over 73% engaged in lying to hide their gambling behavior. Other negative behavior was also found by the researchers including sexual promiscuity and substance abuse problems, which the sociopath was also likely to lie about.

4. They have been in trouble with the law

Often, antisocial personalities like sociopaths have patterns of broken relationships, financial problems, arrest records, and poor employment histories. Tendencies to act impulsively lead them to act before they think about the consequences of their behavior.

5. You feel manipulated and taken advantage of

Controlling, manipulative, dominating, checking up on you constantly; sound familiar? A sociopath likes to gather information to use whenever they need it for their own benefit. Even small things like you talking to the cashier at the grocery store can be used against you when it’s a sociopath who knows how to twist things to their advantage in a relationship.

6. They have made you feel uncomfortable

A sociopath will make you feel like you definitely should do something immoral, illegal. In fact, you feel downright uncomfortable with these things.  Did your partner encourage you to do something you dislike doing? Did they further pressure you to do it anyway? Then you saw a clear sign you are in a relationship with a sociopath.

7. You don’t feel like your needs are being met

Your physical safety, your emotional and mental well-being, not to mention your spiritual health; all of these are on the backburner due to all the drama that your sociopathic partner has pulled you into. If you are afraid for your safety or unable to leave, call the National Domestic Violence hotline at 1-800-799-7233 or go to thehotline.org for more information about protecting yourself from physical or emotional abuse.