Relationships require both partners to give and take. They are built on mutual respect, love, trust, and compassion. When you are in a relationship with a narcissist, those components often cease to exist after a short period of time. Narcissistic people are not empathetic. They aren’t willing to hold another up the ladder of success. They need complete attention and expect their partner to put them up on a pedestal.

In a case study by Susan Heitler, PhD called Narcissism: A Redefinition and Case Study of Treatment, she points out the conflict-focus in couples therapy and how narcissistic personality disorder affects relationships. In her findings she lists,

“The histories of many narcissists involve having been treated as extra-special. A parent may have conveyed that they were “mommy’s little prince” or “daddy’s special girl. The narcissistic individual also may literally have been taller than others (common in male narcissists), prettier (women narcissists), more popular, athletic, smart, wealthy, politically powerful, or more in any dimension, leading to a generalized feeling of specialness. Parents who hyper-focus on children’s specialness, however, sometimes alternate this adulation with devaluation via harsh criticism or cold ignoring, creating a substratum of insecurity beneath the over-evaluation.”

There are deeper facets to narcissistic behavior than just selfishness, huge egos, and a lack of compassion.

Here are 7 signs your partner might just be a narcissist: 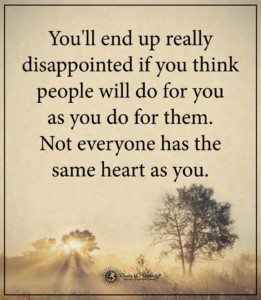 The narcissistic persona is overpowering. They want to control everything from finances to decisions in the home. They cannot accept that their partner could take credit for anything. Their nature goes above and beyond obsessive compulsive behavior. Sometimes the control can become abusive. When this happens, it’s time to set huge boundaries for your safety.

“Hate is the complement of fear and narcissists like being feared. It imbues them with an intoxicating sensation of omnipotence.”~ Sam Vaknin, Malignant Self Love: Narcissism Revisited

Narcissistic people are envious of everyone who may overshadow them. In a relationship, they require to be the center of attention. If your partner can’t support your success, or puts you down to make you doubt your goals, this might be a sign of narcissism. They need to be the ones who take the power. They might seem like amazing gift givers, but it comes with a price. If it’s not recognized, jealousy is destructive.

“For the most part people are not curious except about themselves.”~ John Steinbeck, The Winter of Our Discontent

Narcissistic people suffer from lack of emotional commitment. They must be the star of the show at all times. As relationships go, they need to be praised often or they will find the attention elsewhere. They have a difficult time providing stability when the newness wears off. The narcissist is always in fear that his insecurities will be exposed.

“That which he projects ahead of him as his ideal, is merely his substitute for the lost narcissism of his childhood – the time when he was his own ideal.”~ Sigmund Freud

4. They are overly charming and charismatic.

These should be positive attributions in a person, however, when dealing with narcissism, it becomes their form of manipulation. Narcissistic people are great at selling themselves to anyone. They suffer from grandiose perception. These folks are charming to a fault. They can say things that sound truthful and honest, but it’s a toxic pattern.

“I don’t care what you think unless it is about me.” ~Kurt Cobain

The narcissist utilizes others for the extension of their needs. They’ll prey on the weakness of their partner to get what they want. They have little respect and awareness of privacy. They feel entitled to everything in the home, in a business, and in every aspect of a relationship. That old saying, “What’s mine is mine. What yours is mine.” They are judgmental and highly critical of what they want in their partner and from their home. Because of their charm, a narcissistic person doesn’t show these issues until a person is already living with them.

“Relationships with narcissists are held in place by hope of a “someday better,” with little evidence to support it will ever arrive.” ~ Ramani Durvasula, Should I Stay or Should I Go?: Surviving a Relationship with a Narcissist