“Morning is wonderful. Its only drawback is that it comes at such an inconvenient time of day.” ~ Glen Cook

Everyone (at times) struggles in the mornings because, well, the brain is partially asleep in the wee hours of the day.

Even “morning people” sometimes struggle to get moving. It just doesn’t take them (nearly) as long to adjust.

Habits are a powerful thing.

We can incorporate habits – many of which are validated by research – to improve the quality of our morning hours.

Here are seven such habits:

You probably knew this one was coming. But yeah, waking up earlier, while it may sound nightmarish at first, has some real benefits.

According to a study by the University of Toronto, “people who wake up early in the morning are generally happier and have higher satisfaction overall in their lives.”

It’s easy to understand the relationship between happiness and waking up earlier when you think about it: We’re less rushed; therefore, less stressed; which makes us more productive, which leads to happiness … and so on.

Start simple. Wake up 20 minutes earlier for a week or a month (personal preference) and get into your routine. If needed, compensate for this by going to bed earlier in the evening.

You don’t need to eat a big breakfast.

Why the emphasis? Because, for some reason, a “healthy breakfast” is often misinterpreted as a gorging session. This perception is incorrect. In fact, a large-sized breakfast will probably make you want to head back to the rack.

A couple of pieces of wheat toast and an egg; a bowl of whole-grain cereal and a bit of fruit; a cup of yogurt and some granola. All of these will work just fine.

You brain and your body will thank you. (For a real boost, down 12 to 16 ounces of water.)

3. Get your body in motion

Last checked, the number of research studies linking exercise to positive mood are somewhere in the gazillions (don’t quote me on this.)

On a serious note, we get over our innate resistance to exercise when we make it routine. Additionally, creating a fitness routine is made easier by its magical effects on the body.

Usually, mood-enhancing effects can be felt in the first five minutes of exercise. 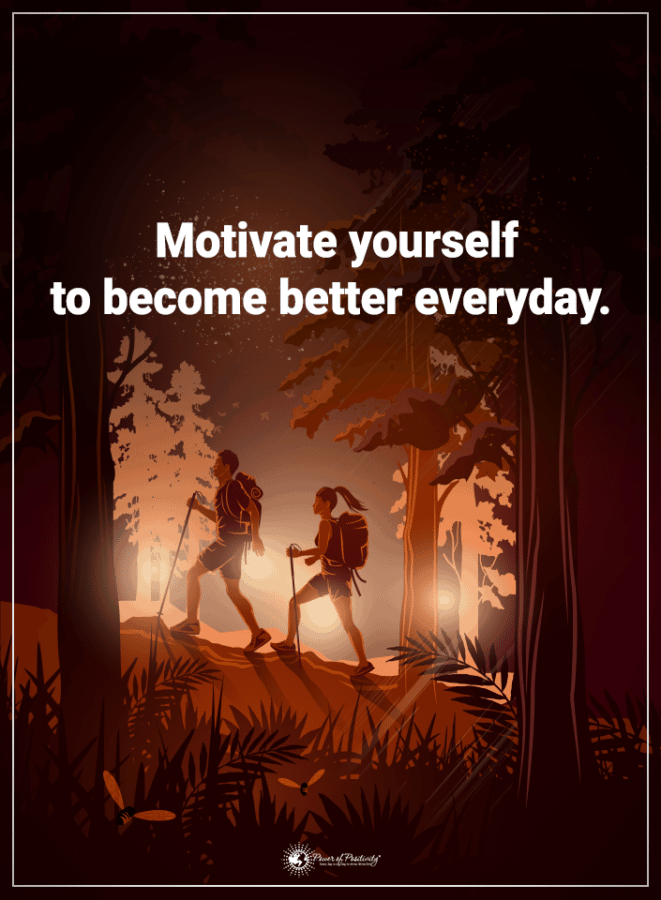 4. Have a mindfulness practice

Though this challenge may sound intimidating, applying a mindfulness (or meditation) practice can be incredibly simple.

Here are some examples:

– While eating breakfast, focus all of your attention on your food’s taste and smell.

– While reading the paper, just read the paper. Try not to think about anything else.

We’re going to add a bit of substance behind the all-too-cliché “Be grateful!” advice that helps exactly no one.

Whether it’s while enjoying a cup of coffee, in the shower, or getting your kids ready for school, remind yourself of 3 things for which you’re grateful.

Experience the positive feelings that these items of gratitude produce; bask in them, even if it’s just for a brief moment.

If you examine how you live your life, you may just conclude that you’re in a perpetual state of hurry.

Now, there’s a vast difference between rushing and productivity. If the work you’re doing – no matter at what rate – makes you fulfilled, that’s awesome. Stick with it.

Rushing, on the other hand, produces no tangible benefits. Rushing around is nothing other than stress on fast-forward. In a state of rush, the only thing busier than your frenzied movement is your frantic state of mind.

If need be, create a schedule that includes some buffer time for each activity.

But whatever you do, slow down. Be present.

7. Learn the fine art of detachment

This writer is friends with a former U.S. Navy SEAL.

For the unaware, SEALs are America’s preeminent special forces group. It’s fair to say that they undergo the most intense military training in the world.

They’re elite warriors. But they’re also human beings. Human beings placed in situations that would be unimaginably stressful for even the toughest among us.

When asked about how he handles such stress, he merely replied: “I detach from it.”

Detachment is viewing the stressor, whatever it is, from the perspective of a third-party observer. You won’t, you can’t, not feel the stress – that’s impossible.

See the stress, acknowledge it, but don’t dwell.

Remain steadfast yet kind to yourself. The pain is only temporary.