Are you exploring your spirituality with your partner?

Most of us believe in some “Higher Power” greater than ourselves; call it God, Mother Earth, the Universe, Nature, Energy or something else. We see this tremendously complex, massive and elaborate place called Earth and often contemplate our role within it.

As we continue through our lives, the desire to live a spiritual existence often follows. Of course, we each may follow different spiritual paths. However, most of us pray, worship, and choose to believe in some transcendentally higher purpose. And this can certainly impact our relationships. In fact, we often desire to share these spiritual elements of our lives with our significant other.

There are numerous dynamics in our relationships. But spirituality does seem to play a primary role for many couples. The reasons for spiritual connectedness differ, but one common element is the thinking that it may empower and sustain the relationship itself. This makes sense, as often we associate spirituality with feelings of peace, harmony, love, and presence. Each of these are elements that are often missing from intimate relationships.

Many of us do, in fact, choose to pursue our spiritual journey with a beloved someone. Research shows that those who do seemingly experience an enhanced quality of life. Indeed, the benefits of many spiritually connected couples include economic success, a longer lifespan, better physical health, and a more stable, productive environment for children.

But why is belief a stabilizing factor in relationships? Is there something to the notion that a “family that prays together, stays together”?

Here are 5 ways spirituality can enhance a relationship…

Those who share similar spiritual beliefs often have longer relationships. In what is considered to be the first significant study associated with relationship and belief across ethnic lines, researchers concluded that a definitive link exists between a couple’s belief and the satisfaction derived from a relationship.

Researchers found that about 40 percent of African-Americans, 29 percent of whites, and 29 percent of Hispanics attended religious services with their significant other on a regular basis.

Bradford Wilcox, co-author and director of the National Marriage Project at the University of Virginia, states: “What this study suggests is that religion is one of the key factors narrowing the racial divide in relationship quality in the United States.”

In a study published by JAMA Psychiatry, 103 adults were questioned in regard to their religious or spiritual practices. Interestingly, those that valued their practices highly displayed a thicker area in the part of the brain that offsets depressive symptoms.

According to Lisa Miller, professor, and director of Clinical Psychology at Columbia University: “The new study links this extremely large protective benefit of spirituality or religion to previous studies which identified large expanses of the cortical thinning in specific regions of the brain…at risk for major depression.” 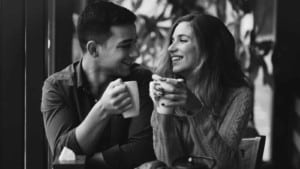 Taking into account that depression is one of the major causes of divorce, the results of this study are immensely important. The devoted are apparently better equipped biologically to counteract the precursors of depression, which can have a positive impact on the emotional satisfaction one derives from their relationship.

Prayer seemingly increases commitment for each other. In a Journal of Family Psychology study, Partner-focused petitionary prayer (PFPP) – an aspect of prayer where one partner devotes time praying for the other – shows an increase in levels of commitment and relationship satisfaction. 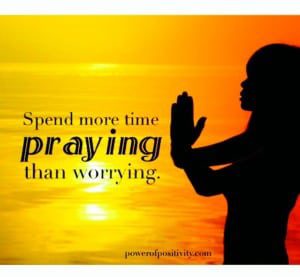 The participant groups – 316 college students and 205 married, African-American couples – demonstrated similar results in relationship commitment and satisfaction. The couples also reported feeling more confident in the stability of their relationship.

“Together the studies suggest the continued investigation of PFPP as a potentially important vehicle for enhancing relationship outcomes,” the study concluded.

People often use acts of kindness as a benchmark for how effective spiritual and religious practices are. This is fair, considering that many “religious” or “spiritual” people are far from what is generally considered “kind.”

The same can be said for how people measure the effectiveness of spiritual or religious practice within a relationship. Do these practices make a difference in how couples treat one another? Research says “yes.”

In the Journal of Family Psychology, researchers tested 164 married couples who were about to have their first child–a very stressful event–to see if proclaimed spirituality specifically impacted (non-anecdotal) the relationship. 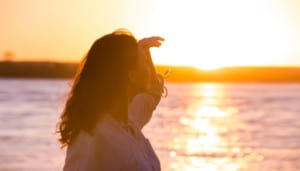 Interactions between the couples were recorded on four occasions: during late pregnancy stages, and the baby’s age at 3 months, 6 months, and 12 months. The couples rated both their own and their partner’s spiritually intimate behaviors during these times. In addition, each gave their viewpoint on the sanctity of their marriage.

After they analyzed both the behaviors and ratings of each couple, researchers noted positive behaviors such as mutual problem solving, asking for the other person’s point of view, affection, and shared humor.