While aging is an inevitable part of life, we try, as much as possible, to hide the signs of growing old. When the first strand of white hair appears or when skin starts getting wrinkly, it’s natural to be concerned about finding solutions to slow down these markers of aging. But have you ever wondered about the habits that could make your brain age faster? Have you thought about the health of your brain now that you feel age creeping in?

This must have happened to you a couple of times before: you enter a room in your house but you can’t remember why you went there. Or you’re having an animated conversation with a friend about a movie and your mind pauses to recall the name of an actor.  Memory lapses are inevitably part of growing older, but you can still do some things to help slow down the aging of your brain.

So let’s find out some things that make your brain age faster. Thankfully, we also have some suggestions on what to do so that you can prevent it from worsening.

5 Things That Make Your Brain Age Faster, According To Science

“If your brain is predicted to be older than your real age,  that reflects something negative may be happening.” – James Cole

Do you like to veg out on the couch and watch TV rather than do exercises? Do you live a sedentary lifestyle and prefer sitting to doing anything physical? A study in the journal PLOS One revealed that sitting long hours can be bad for your brain as much as it is harmful to your body’s health. Apparently, the composition and functions in your brain greatly benefit from your physical fitness routines.

Another study found in the journal Neurology showed a similar correlation to physical fitness and the brain. Women who were more inclined to do cardiovascular exercises regularly reduced their risk of dementia by as much as 88 percent compared to women who spent more time on the couch. Symptoms of dementia in women who had high cardio fitness routines were also delayed by at least 11 years compared to the ladies with a sedentary lifestyle.

2.    You indulge in eating junk or processed food and have bad vices

You already know that junk or processed food do not contain positive and nutritious benefits. Doctors have been saying for many years that eating these foods can lead to health problems like high blood pressure, obesity, diabetes, and cardiovascular disease.

Well, if it’s bad for your body, then it’s also bad for your brain. Experts said in the Alzheimer’s & Dementia: The Journal of the Alzheimer’s Association that if people followed the MIND diet or the Mediterranean-DASH Intervention for Neurodegenerative Delay diet, then they can reduce the chance of developing brain diseases by 53 percent.

The MIND diet is a combination of the famous Mediterranean diet and the DASH diet (Dietary Approaches to Stop Hypertension). It consists of eating mainly 10 types of heart-protecting and brain-boosting foods, such as:

When you’re on the MIND diet you also need to avoid eating red meat, foods with high-fat content, cheese, friend and fast food, as well as sweets and pastries. These foods can trigger inflammation that can increase health risks and speed up the aging of your brain.

Other Vices and the Brain

Meanwhile, bad vices like drinking alcohol or smoking cigarettes or pot (marijuana) can also contribute to the faster aging of your brain, according to experts in a large-scale study at Johns Hopkins University. While looking at 62,000 brain scans of subjects from the ages of nine months to 105 years old, the experts determined that brain age acceleration was more evident in people who suffered from alcohol abuse and cannabis use. They also saw markers of brain aging in folks with serious mental health conditions.

Moderate to heavy drinking may also affect the function of the hippocampus by 40 percent, according to Rutgers experts. This part of the brain is responsible for learning and memory.

Additionally, if you’re still smoking, it might be time to consider quitting the vice. Experts from the University of California San Francisco said you’ll double your risk for Alzheimer’s disease if you keep inhaling tobacco.

3.    You don’t do mind-challenging activities

Experts on a study published in the Alzheimer’s & Dementia Translational Research & Clinical Interventions discovered that doing crossword puzzles and other brain games will boost the defense of your brain against dementia by 29 percent. Apparently, these activities help you retain the processing speed in your brain, which naturally declines due to aging.

In your younger years as a student, you spent a lot of time studying to prepare for tests. However, since you no longer do these as you got older, your brain does not get enough mental exercises.

Australian experts in a study on PLOS Medicine cited that challenging your mind using computerized cognitive games found in gadgets or devices may not be as effective as doing real-world activities. So, apart from doing crossword puzzles, you may also try to do the following to challenge your brain:

The brain gets stimulated when facing something new or complex to learn. You also experience a similar impact if you learn a new skill or a new language.

Try not to use a pen and paper or your phone’s calculator if you need to compute. Instead, try doing the math in your head as you walk to challenge your mind even more.

Memorize what’s on your grocery list a few hours before you go to the supermarket. Before you head out of your house, see if you can recall the items on the list without looking at it first. It will make for a fun exercise and stimulate your brain well.

When was the last time you’ve met with old friends just to catch up? How often do you go out, join social activities, and spend time around other people? If you’ve been isolating yourself and limiting your social connections, you’re also making your brain age faster.

A study from the Journal of International Neuropsychology Society showed that people who regularly see their friends and family are 70 percent less at risk of cognitive decline than those who are less sociable in old age.

Another study in the American Journal of Public Health proved that having friends to do fun things with on a regular basis can benefit your life. You don’t just lower your dementia risks by 26 percent or improve your cognitive functions; you also lessen your risks for early mortality.

Now, you don’t have to go out with your friends every single day. However, make an effort to talk to other people in person, on the phone, or through social media messengers throughout the day. For the sake of your health and well-being, as well as to help your brain age more slowly, don’t let those connections slip from your life.

5.    You don’t seek a proper rest and relaxation time

Here’s why it’s important to treat yourself to a vacation or me-time when needed. When you’re so stressed from work and other responsibilities and you deprive yourself of relaxing activities, it is not just your body that weakens but also your brain. According to the experts at the University of Toronto:

According to a study on Oxford Academic, brain aging is evident among adults above 55 years old who do not get enough sleep. The experts looked into the brain scans of 150,000 adults in Asia and determined that the brain is at its optimum condition for those who get at least seven hours of sleep a night. 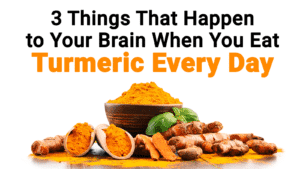 Final Thoughts On Things That Make Your Brain Age Faster

In many ways, experts are still finding out new things about how the brain works. Essentially, your brain is biologically wired to shrink as you get older. The nerve cells will also start to lose connections and functions (so you will likely still have those occasional memory lapses). But if you keep a healthy diet and a physically fit lifestyle, then you can better enjoy the positive aspects of aging. Also, stay away from stress as you make an effort to balance your times of work and leisure.