Ladies, do you want to know whether your Significant Other is sincere? Is that significant YES? No problem! We have five signs for you today to show that your man is a fountain of truth. We know you are champing at the bit to find out, so let us take a look and see what they are.

5 Signs You’re With A Sincere Man

He sings your praises, both in your presence and your absence. He knows you like the back of his hand and what you are capable of, and will stop at nothing to make sure you meet your goals, whatever they may be. When a real man gives a compliment, you know deep down that what he says is for real. There is no ulterior motive for what he says.

On the other hand, a man who gives you a backhanded compliment does so in order to change and/or condition you in some form or other. Examples of which could be:

– “You finally look as good as you did when we first met!”

Too many people have to resort to name-calling and the dreaded blame game, which can put the “mental” in “detrimental” in terms of any relationship, let alone a supposedly loving one.  Here are some examples from Hey Sigmund‘s Karen Young that sincere people do to fight fairly:

Conflict is normal and healthy and is an opportunity for growth. Fearing it will just make you avoid it, thus issues will fester and become worse.

– “Attack the issue, not each other.”

You are both on the same side, so tackle what is wrong with the situation, not your partner. If you go after your partner, resentment can creep in and withdrawal can occur.

No veering off on a tangent or winning the argument with the oft-used “I’m right, you’re wrong!” spiel. Look to conflict resolution, not cheap points scoring.

After all, there is nobody on this planet that can read your mind. Bottling things up is hazardous and can lead to imploding with some ugly consequences.

These two evil twins are more dangerous than Ronnie and Reggie Kray in their heyday. All these words do is add fuel to the fire. They are off limits in all circumstances. 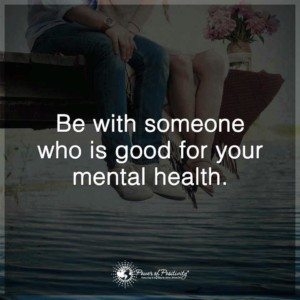 3) He wants the same things as you.

Imagine the scenario: You have been dating him for a while now and are dying for him to get down on bended knee and pop the question. At a dinner at your married friend’s house, he declares the question you want so badly is out of the question for him. How do you feel? How do your friend and her husband feel for you?

A sincere man with good intentions tells you exactly what he wants out of the relationship with no stone unturned. Do you both want to marry? Do you both want kids? What are your professional aspirations for each other? Do you agree on living arrangements? If you do not know this by now, ask him and see how he reacts.

4) He prioritizes the relationship over other things.

He makes sure that things do not interfere with the integrity of the relationship with you. He lets you know of his plans to go out with the lads to let off some steam if you both have already had a date night(s) earlier in the week. Finally, he will steer clear of temptation with other women, because he is mature and would never risk what he has at home. Of course, he would also let you let your hair down with the girls so YOU can let off steam.

On the other side of the coin, if everything else is higher than you on his priorities list, then you need to watch closely at what he does and how he acts and decide whether if this is justified or not. If not, you need to know if this will change in the near future or if you are flogging a dead horse.

5) He is a good communicator.

This one has been left until last for a reason. If there is only one point you can take away from this article, let it be this one.

According to a survey undertaken by YourTango asking mental health professionals, the biggest reason cited for divorce was “poor communication” at an overwhelming sixty-five percent.

He knows how to get his point across effectively and hides nothing, no matter how far into the relationship the pair of you are. As he is a man, he will most likely be direct and upfront in his style of communication, as no mincing with words applies here. There are no assumptions between you. As there are no assumptions of any kind in the way, it gives both you and him peace of mind to just enjoy being together.

These five signs spell one word that we, at Power of Positivity, L-O-V-E. This is exactly how your sincere man feels about you.

Related Items healthy relationship relationships signs of a good man signs of sincere man signs you're with a good man
Power of Positivity uses cookies to give you the most relevant experience. For more information see our Privacy Policy.
Continue
Manage consent