The tragedy of drugs.

In an article written in the New York Times, journalist Josh Katz cites the following:

“Drug overdose deaths in 2016 most likely exceeded 59,000, the largest annual jump ever recorded in the United States…”

Katz goes on to explain after taking information from Los Angeles drug rehab center, the growing opioid addiction in the U.S.; the illegal manufacturing and use of potent painkillers such as fentanyl, and how drug overdose is now the leading cause of death among Americans under age 50. People prefer the sober living lifestyle for a better future.

This crisis stems mainly from the cheap production and price of counterfeit drugs. There’s even a bogus elephant tranquilizer being sold that’s reportedly up to 5,000 times stronger than heroin.

Drugs Are a Public Health Crisis

The question now is what to do about it.

The brain and mind are where drugs can be devastating. Drugs distort perceptions, obstruct sensations, and neutralize mental ability and awareness. The drug and alcohol rehab have experts that know how to help people deal with addiction withdrawals.

The severe psychological effects of drugs are why it’s challenging for an addict to seek out help. Friends and family members, whose lives are also severely impacted, are often at a loss for what to do.

But there is hope. There’s a ray of light penetrating the dark cloud that is drug abuse. We’ll cite expert recommendations for recovery, as well as some helpful resources toward the end of the article.

But first, we must observe and understand the possible signs of drug dependence. As there exist numerous drugs and drug types – and thus, many symptoms and signs – we’ll break the signs into five categories: mental, physical, emotional, lifestyle, and finances/career.

5 Signs of Drug Use

“When a person is addicted, he doesn’t control his drug use; his drug use controls him … When an addict loses the ability to make a rational choice about whether or not to use drugs or alcohol, he or she is addicted.” ~ Narcotics Anonymous

Anyone else remember the old television commercial “This is your brain on drugs”?

Remember how the whole, shelled egg symbolized your “brain,” and how the cracked and fried egg represented your “brain on drugs?”

While the mental effects of narcotics are much more complicated than an egg, it’s a pretty accurate depiction of what happens to the brain when hooked on drugs.

Drugs alter user perception since they drastically change brain chemistry. This is why, after a certain period of abuse, drugs (literally) cause the person to stop being themselves.

They turn into someone else.

Mentally, the person cannot effectively engage in many activities (work, social life). Their mind is so preoccupied with the next high that their brain’s executive processes – thinking, learning, memory, etc. – are rendered nearly mute.

Apart from the severe damage that drugs do to a user’s organs – including the heart and brain – they almost always cause a visible change in appearance.

The drug(s) of choice plays a role in the addict’s physical changes.

An alcoholic may slur their speech, have bloodshot eyes, or demonstrate lack of coordination.

A heroin addict may have bad teeth, gum inflammation, or skin blisters.

And so on. You can find a comprehensive list of physical symptoms by drug on NA’s website.

As mentioned, drugs change a person’s neurochemistry; and, as the body and mind are interconnected, this change takes its toll on the individual’s emotional life.

At first, drugs produce intense feelings of pleasure or euphoria. Cocaine, for example, manifests feelings of energy, power, and self-confidence. Heroin, one of the most addictive and dangerous drugs in existence, gives the addict a euphoric sense of relaxation and pleasure.

The problem is that the addict, just like any other person, will build a tolerance. They need more of the substance to feel the original high. Rapid tolerance is often followed by a sizable increase in dosage, which may lead to an overdose.

Severe mood swings, irritability, bipolar-like symptoms, lack of motivation, and anxiety are a few emotional changes one sees in the addict.

When the mind, body, and spirit is absent, so is the person. They are no longer themselves, and this fact becomes quickly apparent in how they live.

A drug addict who was once the smiling, bubbly type may become forlorn and depressed. The “go-getter” that was ready to take the world by the horns now struggles to keep their job. The responsible and loving parent whose sole purpose in life is their children becomes neglectful and absentminded to their needs.

In short, a drug addict will quickly burn bridges, including their own.

Drug addicts may spend the last of their money or even steal it to get their next high. Their friends, with the exception of those with drugs, may be largely ignored except for when the addict needs to “borrow.” In fact, the individual hasn’t the intent (or the means, most likely) to repay anything. 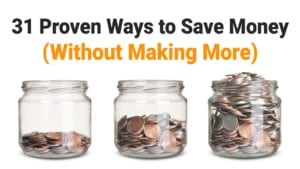 The truth is that a job gets in the way of what the addict wants to do: get high. At best, the addict will perform marginally. At worst, their state of mind prohibits them from performing necessary tasks. Sadly, both cases may lead to them losing their job and compounding their problems.

The National Institute of Health (NIH) states “Like other chronic diseases, addiction can be managed successfully. Treatment enables people to counteract addiction’s powerful, disruptive effects on brain and behavior and regain control of their lives.”