What does it mean to be a strong woman, exactly? What sets these women apart from all the others? Basically, they don’t take crap from anyone. They stand tall on their own and don’t let anything ruffle their feathers, like a tree withstanding a terrible storm. They know their worth and don’t let anyone squash it.

These days, all of us have to muster up strength just to get through this crazy world, but strong women have already mastered the art of living life on their terms. They can show us valuable lessons about showing resilience in the face of adversity and rising above the obstacles that life might put in front of us.

If you believe you have a strong woman in your life, you might recognize her by the following signs.

Here are 5 telltale signs of a strong woman:

“The world needs strong women; women who will lift & build others, who will love & be loved, women who live bravely, both tender & fierce; women of indomitable will.” – Amy Tenney

1. She respects herself and others. 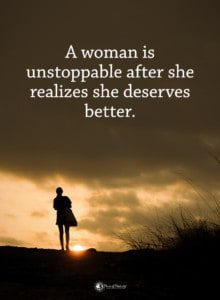 A strong woman respects herself enough to not get treated like a doormat, and she gives that same respect to others. She knows that everyone deserves to have a voice and be heard; she expects people to give her that same courtesy. Rather than getting upset when people don’t treat her as she would like to get treated, however, she simply becomes the bigger person and kills them with kindness.

It takes a lot of maturity for a person to stand tall and not let the behavior of other people drag them down. The strong woman continues to surprise people with her wisdom and humility. She strikes the right balance between arrogance and low self-esteem, because she demands respect but doesn’t have a superiority complex about her.

In other words, she treats everyone as her equal and expects the same from others.

Her parents raised her to treat the janitor the same as the CEO, and this lesson carried over into her adult life. We can learn a lot about how to treat people from a strong woman.

She doesn’t need any man or woman to help her get through life. She’d rather do things on her own than have others disappoint her, anyway. She has high standards for herself. You’ll find her constantly crossing goals and achievements off her list, because she doesn’t want to look back on her life with regrets.

However, this independent streak can get her into trouble sometimes. In an article on Psychology Today, Marcia Reynolds, a leadership coach and holder of a doctorate in psychology, says, “We strong women often feel we need to tough it out on our own. We forget to give others the gift of letting them help us.”

Strong women have often been raised with the “winner’s mentality,” meaning that their parents see them as high achievers who can accomplish a great deal on their own. They have been bred for greatness, which makes it hard for strong women to allow others to help them. They don’t really think they need help, which can lead to them taking on more than they can handle.

Independence is a double-edged sword in that way. If you’re a strong woman, try to see the benefit of allowing yourself to need others, too.

3. She knows how to control her emotions.

A strong woman knows the power of her mind and doesn’t allow it to control her life. She masters her emotions and doesn’t let them govern her. This woman knows emotions change constantly, just like the weather, so she doesn’t see much value in dwelling on situations or feelings. She allows herself to feel the emotion and then moves on.

On another note, she doesn’t allow people or events to dictate how she feels, either. Instead of letting others control her energy, she puts her own energy out into the world. She leaves a lasting imprint on other people because she knows exactly what she wants to bring to the table in any given situation. She doesn’t allow fear or doubts to control her energy, because she knows that these emotions won’t allow her to achieve the desired result.

She sees life much like a game. To win, the strong woman knows that she must bring her best self to the table at all times. She puts on a brave face and conquers whatever stands in her path, and does so with a balanced, controlled state of mind.

The strong woman knows when to push her luck and when to fold. She knows that life requires us to push ourselves if we want to grow and learn; staying stuck in fear will only breed complacency. She takes risks in order to become better-rounded and test her limitations. This woman knows that a lot of our boundaries can be crossed if we jump the mental hurdles first.

As kids, we believe we can do anything because our parents and teachers tell us we can. We don’t have any fear because the world’s programming hasn’t affected us yet. If we fall down and get hurt as a child, we don’t fixate on the event and allow it to grow into a fear. We simply face our fear over and over until we have learned to master it. Kids remain in the present moment because they have open minds. They want to absorb everything life can teach them.

Then, as we grow up, we start to put up walls and tell ourselves we can’t do certain things. We form an image of ourselves in our heads that becomes our identity. After a while, we become fixed. We don’t believe we can bend and mold ourselves into something new. However, the strong woman breaks this cycle often. She pushes herself to do new things so that her identity and self-image don’t solidify. She doesn’t allow fear to control her because she knows that she can’t learn unless she’s in a calm, confident state of mind.

5. She tries to remain positive.

Positive thinking stays in the forefront of her mind, because she knows that she can’t live a positive life with a negative view of the world. A strong woman knows that positivity can change one’s life; it can take them from the depths of despair to the highest altitudes of joy. It can shift their perspective and help them make the best of any situation. 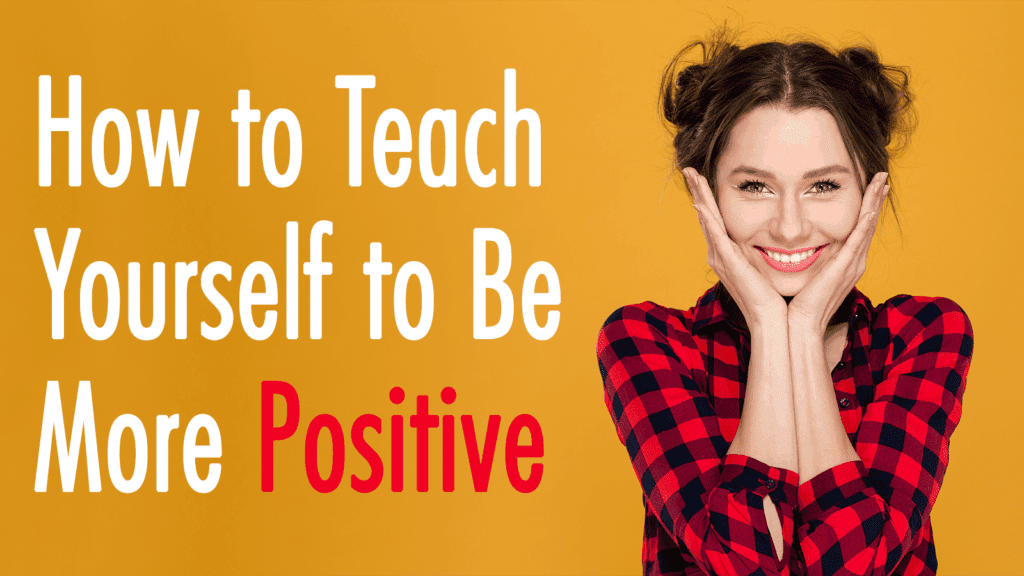 Therefore, the strong woman utilizes the power of positive thinking in her daily life. She doesn’t let the clouds block her sunshine; she instead becomes the source of light. For example, if she lost her job recently, she doesn’t let negative thinking trick her into believing that she will never find another job. Instead, she looks at the positives.

Maybe she’d be better off without that job. Maybe she wasn’t loving it as much as she thought she did. She looks toward the future and believes that she’ll find something better. By putting out that energy, she knows she’ll have a much better chance of turning her thoughts into reality.

This woman doesn’t fixate on the problems; she focuses on solutions instead. The strong woman looks at what she can do to better her situation, such as looking up jobs and calling on her support network to see if they can help her out.

Other Key Traits of a Strong Woman

Final thoughts on Signs of a Strong Woman

Strong women are special people who make big changes in this world. They have a vision and don’t stop until their dreams become reality. To them, life is too short to shrink down into a lesser version of themselves. They rise up and meet themselves so they can become the person they were meant to be. A strong woman will shake this world to its core and make a permanent imprint on the universe.