Anemia is a condition in which a person has a lower than the normal number of red blood cell or hemoglobin in their blood. ~ MedicineNet

What are red blood cell(s)?

Red blood cells (RBCs) are round, flat cells that serve an essential function: carrying fresh oxygen throughout the body.

Hemoglobin (‘he-moe-glow-bin’), the protein found inside RBCs, enable the cells to transport the oxygen. RBCs also remove carbon dioxide from the body; carrying CO2 to the lungs for exhalation.

RBCs are produced inside bone marrow. The cells typically live for around 120 days before dying.

Anemia is a condition that is caused by a decrease in production of either RBCs or hemoglobin. The symptoms of anemia, which we will discuss shortly, are caused by loss of blood, the destruction of RBCs, or abnormality of hemoglobin in the blood.

The physiology of individuals suffering from chronic anemia may adapt to low oxygen levels, which can make the condition difficult to detect without proper blood tests.

In the case of acute anemia, people often experience a quick escalation of symptoms, even with relatively mild changes in the body’s hemoglobin levels.

Hemoglobin, besides enabling RBCs to transport oxygen, also plays an essential role in maintaining the cell’s shape. Naturally, RBCs are round with narrowed and small centers, sort of like a doughnut without a hole.

When the structure of RBCs hemoglobin is abnormal, the cell cannot properly carry oxygen to cells. Also, RBCs ability to flow through blood vessels may be affected.

As mentioned, the type of anemia from which one is suffering may lead to different symptoms.

That said, low RBC count almost always results in the diminished capability to deliver oxygen throughout the body. It is no surprise, then, that the five primary signs are related to low oxygen levels.

Tiredness is the most common symptom of low RBC count. The lack of hemoglobin in the blood – which disrupts the normal functioning of organs – is what causes this sign.

When organs and essential systems within the body are not receiving an adequate supply of blood, this inevitably causes the individual to feel weak. Routine activities – getting out of bed, walking around, etc., may prove difficult.

When we don’t have enough hemoglobin-carrying RBCs, the heart must work harder to transfer blood within the body – as there just isn’t enough of it. This extra activity can take its toll, leading to conditions such as irregular heartbeat – also referred to as an arrhythmia (‘uh- or palpitations.

Difficulty breathing stems from both the heart and lungs not receiving enough hemoglobin. Both organs require a steady supply of blood to operate correctly. Shortness of breath is often worse during periods of physical exertion. 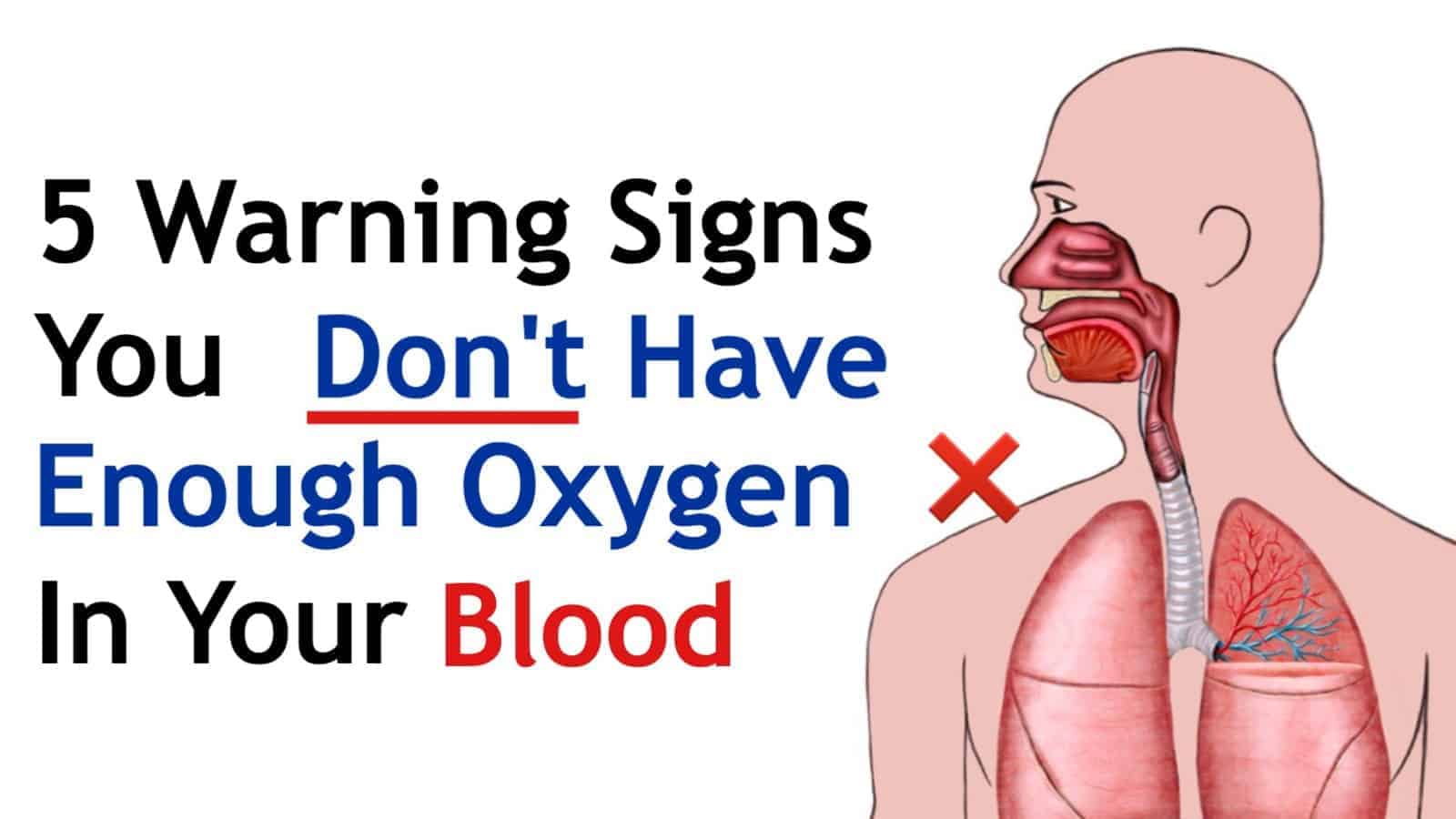 To illustrate the wide-ranging symptoms of anemia, a few of which this writer has covered, consider this response to the question “What is it like to have iron-deficiency anemia?” posted on Quora. An anonymous user replied:

“Tiring, very tiring [Respondent’s emphasis]… I had awful stamina…(Before treatment) I used to get very out of breath, dizzy, and (have) black spots in my vision. Breathing even without exercise was difficult, and it seemed like I could never get enough air in. My chest also hurt … My parents and friends even said on multiple occasions that my heart was beating rather hard and fast.”

“Awful stamina,” black spots in vision, chest pain, and dizziness are symptoms mentioned in the response above. Indeed, as there exist over 400 types of anemia (reportedly), symptoms may vary widely.

Per WebMD, Anemia is the most common blood condition in the U.S, affecting around 3.5 million Americans.

As for the causes of anemia, WebMD cites three primary reasons:

– Anemia caused by the destruction of red blood cells.

Diagnosing anemia, per the Mayo Clinic, requires a physical exam and certain tests.

– Examination “to determine the size and shape of (red) blood cells.”