‘I’m so not a morning person’ is something you might say if you always wake up grumpy, but it doesn’t have to be that way if you know the common reasons for your mood and how to change it into a more positive one.  Knowing the root causes for grumpy mornings will help you understand why people do it, and how to avoid waking up on the wrong side of the bed as soon as tomorrow.

5 Reasons People Wake Up Grumpy (And How To Avoid It)

If you’re not a morning person, you probably hate morning people, or at least you wish they would go be cheerful somewhere else. It’s not that you’re depressed in the morning, and there’s really nothing that’s happened yet to make you angry, but somehow you just don’t feel positive first thing in the morning.

Your mood can be affected by many things, from what you ate or drank the day before to what was on your mind before bed. 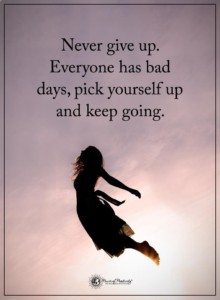 Waking up achy will put you in a grumpy mood and many of us ‘sleep wrong’ even without knowing that we are doing it. Since we spend 6-8 hours per night in bed, it is important to have a good, supportive mattress, a pillow that doesn’t push your neck into an awkward position, and to sleep in the right position all night too.

Millions of people wake up grumpy because of hip, back, neck, or even jaw pain. Side sleeping can put pressure on the hip joint, which causes pain when you wake up. Sleeping with a pillow that is too full will push your neck into an awkward position toward your chest or shoulder, which then causes you to feel pain when you wake up. Some people grind their teeth at night, which can cause dental pain and problems, as well as jaw muscle pain.

Waking up in pain is sure to make you grumpy. How best to avoid this, use a pillow that is softer than usual if you have neck pain. This will allow your neck to fall lower than usual, into a more natural position in relation to the rest of your body. A down substitute or buckwheat pillow is a good option. Sleep on your back for the best natural position for your spine. Ask your dentist to fit you for a mouth guard to keep your jaw in a relaxed position as y

2. A nightcap before bed

One glass of wine before bed won’t hurt, will it? It could be one reason you wake up grumpy, according to an Australian study. Although alcohol can make you feel drowsy, and it is a sedative, its effect on your ability to get good, deep sleep is a negative one.

The researchers say ‘alcohol may exert an arousal influence which may compete with the sleep maintenance influence of increased delta activity. The phenomenon is similar to, or the same as, alpha-delta sleep which has been associated with the presence of disruptive stimuli during sleep.’ So that nightcap before bed is keeping you from getting deep sleep, which makes you grumpy in the morning. Skip the drink, and change your morning mood.

Okay you’ve definitely heard this one before, but eating breakfast in the morning can definitely improve your level of grumpiness when you wake up. Researchers at Northumbria University tested the relationship between morning mood, having breakfast, and exercise and found that breakfast helped improve morning mood.

4. A lack of exercise

The Northumbria University research also found that breakfast improved mood, even after a workout. Exercise was also found to help improve mood and the ability to think clearly following breakfast. The scientists found that exercise improves cognitive performance after eating breakfast. Interestingly, the researcher found that if you skip breakfast and still have a morning workout, having a post-workout snack like almond milk will also improve your mood.

Well this one might be tough to avoid, but it’s possible that your genes are a reason that you wake up grumpy. Researchers found that a small percentage of the population have a genetic mutation that shows a link between mood and circadian clock sleep cycles. People with this genetic variant are more likely to suffer from Seasonal-Affective Disorder (SAD) and have depression during the winter months when there is lower light.

People with this grumpy morning genetic variation also suffer from irregular sleep cycles in general. The researchers also found this genetic mutation in fruit flies and mice. Although you can’t cure your genes, there is some hope from the research that found that people with this mutation also have lower levels of a protein that helps regulate sleep.