“A hero can be anyone. Even a man doing something as simple and reassuring as putting a coat around a little boy’s shoulder to let him know that the world hadn’t ended.” – Batman (Christian Bale), The Dark Knight Rises

Well, this question – asked repeatedly by his nemeses for over 80 years – is a complex one. Batman is a (fictional) character, with the man Bruce Wayne playing the part. It is that latter person’s life events that really begin to sketch-in the finer details of who Batman is, and more.

Bruce Wayne is just a young boy – around 8 years old – when he witnesses his parents murdered outside of a movie theatre. The murder of Bruce’s parents was, and remains, the defining moment of his human life and that of his alter-ego. In fact, young Bruce is so deeply wounded by seeing his parents killed, that he eventually makes the commitment to fight injustice wherever it may present itself.

After years of travelling the globe, in which he painstakingly sculpts his mind and body, Bruce Wayne eventually finds his way back to Gotham City – home to a vast criminal underworld and myriad other shady characters.

The character Batman is truly transcendent, in that he is considered a hero by adults and children alike. Perhaps the most appealing thing about Batman is that he has no superpowers – he is fully-human. As such, he – perhaps more than any other ‘superhero’ – is the most relatable.

One needn’t be a Batman fanatic to appreciate the tenets by which he lives. His mission, in its broadest sense, is to promote good and leave the world a better place.

Here are 5 life lessons to learn from Batman

1. Devote Yourself to an Ideal

To protect his identity and those of whom he cares for, Bruce Wayne often exudes a certain type of arrogance and brashness. Of course, the man himself is not any of these things; in fact, it’s very difficult to find fault in his true character.

Financially, Wayne donates vast amounts of money to a number of philanthropic causes: foster homes, homeless shelters, hospitals, and a number of other institutions. Personally, despite the (often numerous) imperfections of those he encounters, he almost always attempts to impart a sense of dignity and respect – even if such efforts are in vein.

It goes without saying, but he is fully devoted to his crime-fighting activities. But there is certainly more to the character than beating down bad guys.

The lesson: find something you’re passionate about in the arena of service. In other words, devote yourself to something that is bigger than any one person.

2. Defend Those Who Can’t (or Won’t) Defend Themselves

Batman’s primary goal in life is to prevent injustice wherever it should present itself – to protect the innocent. He has fought off thieves, murderers, kidnappers and the like, countless times. Batman does these things because he himself understands the extreme pain and damage such things can do to its victims.

There are even instances of Batman saving the lives of criminals. Despite being a prolific crime-fighter, Batman does not kill under any circumstance. Of course, he is not always successful in saving and/or bettering the lives of people he encounters, but he makes every attempt to do so.

The lesson: firstly, to always assert yourself, no matter how uncomfortable it may be. Second, after you develop the capability of assertion, be willing to stand up for others who may not know how.

3. Use the Right Mix of Fairness, Toughness and Compassion 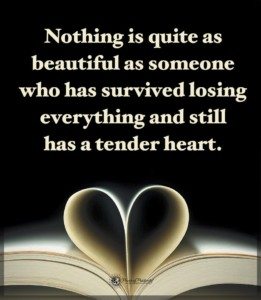 Make no mistake: Batman is a physically-imposing, tough character. His altercations with criminals often leaves them lying unconscious with broken bones – along with a deep sense of regret for having tangled with him. While he may not kill, he doesn’t shy away from using his violent capabilities when they become necessary.

On the flip side, Batman is a deeply-compassionate character. It has already been mentioned that he, as Bruce Wayne, gives away sizeable amounts of his fortune. As a studied criminologist, Batman strongly believes in criminal rehabilitation, as opposed to repeating the cycle of beat-down, restrain, detain and repeat.

Another interesting thing about Batman’s character is that he doesn’t give up on people – even those that have caused him harm. Despite all evidence to the contrary, the “Dark Knight” believes strongly in the value of human rights, no matter the person’s past.

The lesson: in addition to being able to stand your ground, exhibit the traits of fairness and compassion whenever possible. Believe in the good of people, and encourage the advancement of the disenfranchised or downtrodden.

4. Remain Grounded and Humble in Everything

While Bruce Wayne may provoke feelings of envy in efforts to protect the identity of his alter-ego, the term “selfless” does not begin to describe the character Batman. The crime-fighter does not only shy-away from attention, he detests it.

Using phrases such as “I’m no hero” and “A hero can be anyone,” Batman absolutely refuses to be labeled as a hero, despite everyone’s insistence that he is just that. Instead, Batman deflects this adoration back onto the people, with the ultimate hope that his admirers will realize the good that they, themselves, can do in the world.

The lesson: practice everything that you do with humility. Refuse to take undue credit, and – on the flipside – give credit to people who are truly deserving. Additionally, believe in the power that you have to make a lasting difference in the world.

5. You can be “perfectly imperfect” and make a difference

Bruce Wayne, the man, is what makes the character of Batman so compelling. Wayne is not, by any stretch of the imagination, a perfect human being. Psychologists have studied Batman since he first became an iconic American figure – a testament to the reach of Batman’s character on society.

In a fascinating article published in Psychology Today, Dr. Robin Rosenberg examines the state of Batman’s mental health. The psychologist lists five different disorders that Batman may have – including depression and Posttraumatic Stress Disorder (PTSD).

Indeed, Batman’s imperfections are apparent to anyone that’s seen the movies and/or read the comic books. He’s brooding, impatient, and – of course – obsessive about his “hobby” of fighting crime. He has a volatile temper, and often refuses to take the advice of people who care about him.

The lesson: forget the notion of being a perfect person. This is very important to read, but also to understand: every great person has had faults, some faults being quite severe. People that strive for excellence often focus upon the things – traits, knowledge, capabilities, etc. – that they don’t possess. Instead, focus on the things you do, and practice continuous self-improvement.