We often look to teachers, gurus, and others when we need a dose of wisdom. But much of what we need to understand about life thoughts can be found in the minds of people all around us. The problem? Well, not many people (pretty much no one) feels comfortable going up to a complete stranger, never mind asking said stranger about their life thoughts.

Oftentimes, the wisest people are not always public figures. Many wise individuals shy away from attention save for the most vocal, such as Tony Robbins; or religious and spiritual leaders, such as Pope Francis or the Dalai Lama.

Now, this isn’t to say that these folks don’t have good thoughts. The Dalai Lama, for instance, is both exceptionally wise and extremely intelligent. But, if we’re being honest, people like the Dalai Lama are on a different, well, plane than most. (That’s what happens when you meditate every day, hours a day, your entire life!)

Sometimes you don’t need a lecture or discourse, but rather words of encouragement from “everyday” people like us. Such people give us hope and can even change our thinking – and, sometimes, our lives.

Hence, the rationale for this article. Here we’re going to be discussing 25 wise and penetrating thoughts from everyday people like you and me. Read these words slowly and carefully, perhaps more than once.

Here are 25 thoughts from everyday people that may just change your life! (To keep things organized, we’ll first mention the idea or topic of the quote.) All of the quotes are posted on the social site Reddit – and are thus in the public domain.

“I was 13 years old, trying to teach my 6-year-old sister how to dive into a swimming pool. It was taking quite a while as my sister was really nervous about it. Nearby, there was a woman, about 75 years old, slowly swimming laps … she swam over to us when I was really putting the pressure on … my sister was shouting, “but I’m afraid!! I’m so afraid!!” The old woman looked at my sister, raised her first defiantly in the air and said, “So be afraid! And then do it anyway!

3. Death of a Mother

“My mom was dying. A friend told me ‘you have your whole life to freak out about this – don’t do it in front of her.’”

“Think of a time you were embarrassed, easy right? Now think of a time someone else was embarrassed. It’s a lot harder to do isn’t it? I don’t really worry about being embarrassed anymore if no one but I will remember it!”

“A friend of the family’s five-year-old died in a freak accident … The family was in piece[s], and the father undeservedly blame[d] himself … I remember telling my dad, a stoic man who has only said he loves me maybe [three] times in his life, that this is the reason that I don’t know if I want children … His response was: Even one minute with you in my life is worth whatever pain I would feel if you had died.”

“When I was 38 I contemplated beginning a two-year Associates Degree in Radiography … I said ‘I’m too old to start that. I’ll be 40 when I get my degree.’ My friend said, ‘If don’t do it, you’ll still be 40, but without the degree.’”

“When I was young … having what I thought was a serious relationship talk with my (significant other), I told her that I just wanted to find the right person. Without missing a beat she said, ‘Everybody is looking for the right person and nobody is trying to be the right person.’”

8. Be better than them

“After getting rejected by a bunch of colleges in the same week, my dad (who is a writer) said, ‘I was rejected by Stanford three times, and now my books are in their library. You’ve got to be better than them.’”

“Next year, you’ll wish you had started today.”

(While this is a quote of a quote, it is nonetheless impactful.)

“Isn’t it funny how day by day nothing changes but, when we look back everything is different …” – C.S. Lewis

“We’re all tired, we all just want to sit on our couch in front of our TV’s. But that’s not living, man.”

“There is no harder, only hard.”

“My dad once gave me and my brother each a dollar out of nowhere. I scoffed and said, ‘Dad it’s just a dollar, you keep it.’ He got really mad and said, ‘Never try to give anything back that someone gives you. It could be all they have to give and a huge sacrifice to them.’”

“Depression presents itself in the guise of rational thought.”

(Said by the author’s grandfather, who died shortly afterwards.)

“You’re going to die one day. We all are. Do everything you want to do. Don’t wind up on your death bed one day thinking of all the things you didn’t do because a**holes might have an a**hole opinion about it. They’re just jealous anyways.”

17. Life thoughts on loving yourself

“… the only person you know you’re definitely spending the rest of your life with is you. Everything else is (not) guaranteed … People die, people leave, people change their minds. When all is said and done, you end up with yourself. So you better (like) who that is. In fact, you better LOVE who that is. Work every day to be your best self … don’t let ANYONE EVER define who you are without your permission.”

“You know you’re an adult when you can be right without proving the other person wrong.”

“…When I was younger my father abandoned me twice as a child. I grew up to be a very angry and depressed young man. I truly hated him for it. In high school, I had this amazing teacher … one day he asked … ‘You hate him right?’ I said yea. He said, ‘And he deserves it right?’ And, again, I said yes … he said, ‘Do you think he feels any of your hatred for him?’ I thought … and answered ‘No. He probably doesn’t.’ … And then he said ‘But you feel all of it. And you don’t deserve that. It’s time to forgive the man. Not because he deserves it. But because you do.’”

20. Life thoughts on learning from others

“‘Everyone you meet knows something you don’t.’ My grandfather told me this, and it’s been a good reminder that I am surrounded by teachers.”

21. Marriage is a team game

“I recently got married earlier this year, and obviously our marriage is far from perfect. We argue, and disagree, and sometimes can’t stand to be around each other. I grew up in a very hostile environment … Personal attacks were always used, (there was) instant anger, and no mutual understand was ever to be had … When I got married, I quickly noticed that my fighting habits were toxic … (my husband said) ‘It’s not You Vs Me, love. It’s You and Me Vs Problem. We are always a team.’” 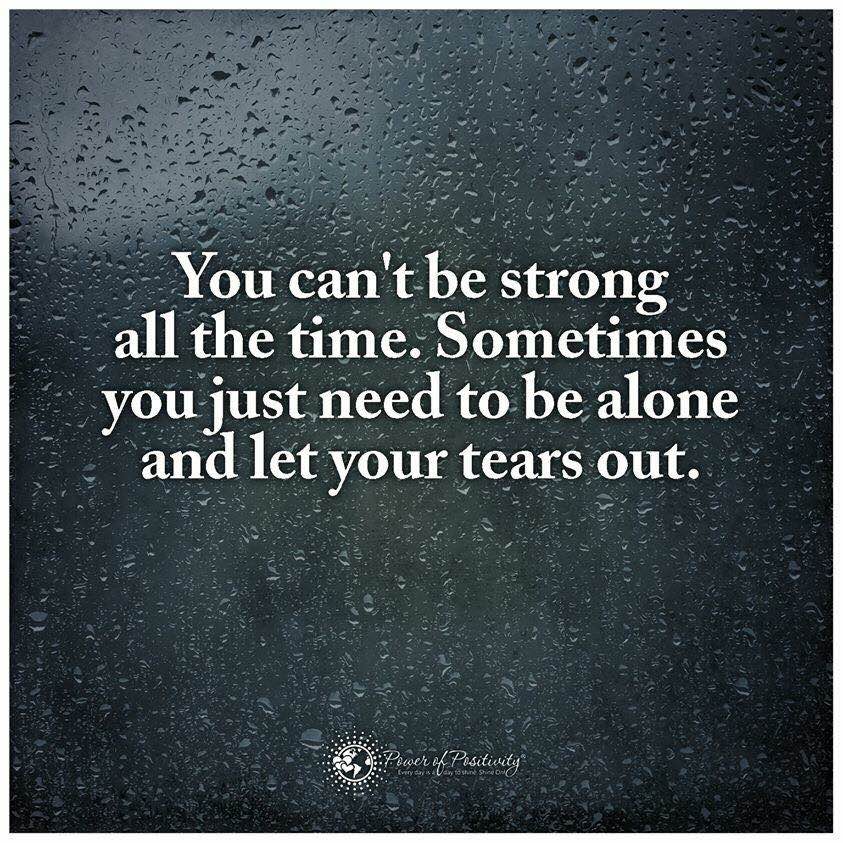 “My mom was in a nursing home, recovering from a heart attack (a battle she eventually lost). She struggled with depression in her life, and this (situation) was hitting her very hard … one afternoon I’m sitting next to her bed, and she’s listening to my iPhone, and tears start running down her face. I pulled the headphones off her … (asking) her not to cry. She looked at me (smiling) … and simply asked me ‘What if that’s what I need right now? To cry?’ Then she pulled the headphones back on.”