Vegans are starting to take over the world, and maybe that’s a good thing. Animal rights, health, and environmental concerns are the main reasons most people go vegan, but choosing not to consume animal products doesn’t mean eating lettuce and tomatoes for every meal! The days of boring vegan recipes are behind us, my friends. Nowadays, you can eat pretty much everything you used to as a meat eater, but without the guilt and health risks.

If you are already vegan and want to try out new vegan recipes, or if you are considering going vegan but are concerned about going hungry, we’ve got the perfect list for you!

Here are 15 delicious vegan recipes that any meat eater would love:

1. Who said BBQ was just for meateaters?! Vegans have it covered, too.

4. If you want chicken and gravy as a vegan, no problem! You can have that too. 🙂

5. Nope, you don’t have to miss out on meatloaf as a vegan either! This one looks delicious!

6. It’s too hot in the U.S. now for chili, but if you’re in a cold place, a bowl of vegan chili would definitely hit the spot! 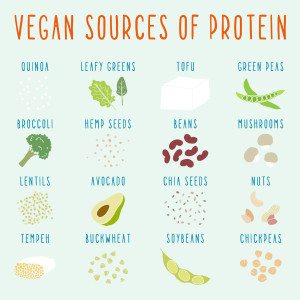 9. And you can still celebrate Taco Tuesday! (Such an easy vegan recipe)

10. Vegans also enjoy a wide variety of Asian food, like this chicken & broccoli!

12. These ribs are vegan?! Definitely had us fooled.

A post shared by Christine Elise McCarthy (@christineelisemccarthy) on Jun 2, 2018 at 7:14am PDT

13. To all the pizza lovers out there, we see you!

14. And here are some vegan wings to go with that pizza! (Another of the vegan recipes that is super easy to make!)

A post shared by Eating To End Climate Change (@eatingtoendclimatechange) on Jun 9, 2018 at 10:07am PDT

See, vegan food can be just as exciting as non-vegan food! Sorry if we made you hungry, by the way. 😉

Which of these vegan recipes looks the yummiest to you?