While Libras may be considered by some to be part of the “pushover” group of the twelve zodiac signs, this is not completely true. While they may be easily led by those who they love and trust at first Libras are not blind to justice. They do catch on faster than what people give them credit for.

If you are going to have a healthy and stable relationship with someone of this sun sign you should consider what you should never say. While you may think that being nice and following the golden rule is all that you need to have a happy relationship with a Libra man or woman then you are only twenty-five percent right. Besides knowing what makes someone happy you also need to know what makes them tick.

While Libras are known for balance and having the scales of justice for their sign, they also have some negative qualities that few may be surprised by. This is of no surprise as all the zodiac signs have negative traits. However, Libras’ “negative qualities” are more brought out by other people then what is it by the person him/herself. Therefore, it’s imperative to understand just what motivates those who fall under this sign.

11 Things You Should Never Ask a Libra

When they discover that they have people in their inner circle who are unnecessarily cruel and unfair to other people and animals they will end the friendship or relationship in a heartbeat. No questions will be asked of the guilty party as to why they did those cruel things, they will simply be cut out and kept at arm’s length. Remember they are about fairness and right any wrong that they can.

If you find anything that promotes you in any advancement done through anything cruel or by any unfair deeds expect to receive a tongue lashing and a lost friend or family connection.

Besides cruelty getting under the skin of a Libra, selfishness if the other thing. Libras are great at leading families and keeping them together. They are fabulous are getting along with many people. However, anyone who is selfish and who pushes a Libra to only focus on them and to get them involved with their drama but never return the favor of helping the Libra out does not last long.

Attention seeking and drama queens do not do well anyone born under this sign sun for very long.

3) Do you have any new gossip?

Unless it is a fascinating tv show or a favorite drama soup or play, Libra hate drama. Be it unnecessary or not, it does not matter. Libras view life as short and needs to be lived to its fullest. Drama and gossip do nothing but create pain and lies about other people and situations that do not need to be created.

If it is a family drama or gossip going on, then Libras will spend hours on how to fix the problem then move on. They work endlessly to right the wrongs and restore the balance of justice. They will let the truth about what happened come out, but they will not add to the gossip for they receive no joy hurting other people.

Whoever comes up with the phrase “don’t rush your mother” first was most likely someone born under the Libra sign. Libras like to have things done in a certain order and to be done correctly the first time. If it means taking the extra time to do it then they will without a second thought.

What Libras will not do is be allowed to be rushed to finish something without you hearing them protest first and during. No matter their age Libras hate being rushed especially when it is uncalled for.

If you want to get on the bad side of Libra being pushy is an excellent way to achieve that goal. Tell a Libra man or woman that they cannot have the time they need to finish a project or have time to think about something and focusing them to decide right then and there with no chance of changing their mind is a quick way to upset them. If they don’t tell you their answer is because they have not decided yet. It is not because they are avoiding the subject.

Libras can not stand pushy, rude people. They don’t see the need for that sort of behavior and find it unnecessary. It shows a lack of manners. If you need a good relationship with a Libra this is one of the big 11 Things You Should Never Ask a Libra, you should remember. 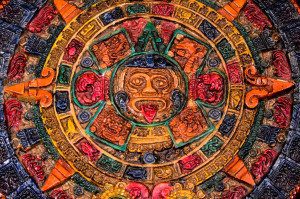 There are some little white lies like the tooth fairy and Santa that Libras will “keep” but do they really? Unless asked by their small child or grandchild specifically, they will pretend that they are real. However, they are more likely to take on the roll themselves so that it is not completely a lie.

Libras view lying the same as gossip. It does nothing to help and just hurts a person. They will not lie to a person unless necessary. However, they hate it all the same. They will hate you even more if you make them.

7) Why don’t you give up your own pursuits and do the thing I want to do?

If the scales of Libra were to hold two words that are infamous partners in crime the first would be “lying” and the second would be “conflict”. Libras hate conflict as much as the Hatfield’s hated the McCoy’s. They will stick up for what they believe in, but they will try to avoid the conflict if they can. If you force them into a corner for the conflict to happen, you will regret it. That is a promise.

This is a key element of the core of Libra’s personality. And, it’s one thing you should keep in mind if you want to stay in a Libras good graces.

8) Why do you think I’m always in the wrong?

It is rare for a Libra to remain friends or run in the same circles for long with someone who is a manipulator. Manipulators bring nothing but pain and headaches according to any Libra. Creating injustice and spreading unfairness tip the balance of the scales in which Libras will work tirelessly to set back right.