Garlic and Garlic Oil respectively has been around for a very long time. Since ancient history, people have used garlic both as a cooking accessory and as natural medicine. Pungent in taste and smell like the onion (its close cousin), garlic continues to be consumed for its culinary and health benefits by people all over the world.

Garlic, or Allium sativum, is most commonly thought of as a culinary accouterment. Indeed, fresh garlic is ubiquitous, cheap, and delicious.

Today, we will examine the who, what, when, where, why, and how of garlic.

Our focus will be on the medicinal benefits of garlic, more specifically, the concentrated form of garlic, which is garlic oil. Like its source, garlic oil is also relatively cheap. Garlic oil also has the added benefit of also being widely available, inexpensive, convenient and, ahem, less pungent.

Before getting into the 11 proven health benefits of garlic, lets quickly take a look at the fascinating medicinal history of the plant.

The History of Garlic and Garlic Oil: Hippocrates to Today

Garlic has an incredibly rich history, from Ancient Greece to the present day.

The “father of Western medicine,” Hippocrates, supposedly ‘prescribed’ garlic for a bunch of ailments, including digestion troubles, fatigue, parasitic infections, and respiratory issues. Hippocrates probably advocated the taking of garlic to the original Greek Olympians.

Shortly after being introduced to the Greeks, the promotion of garlic spread to Ancient Egypt, to the ‘Indus Valley’ (present-day Pakistan and Western India.) The people of ancient India made garlic an essential compound in ayurvedic medicine.

Those ancient Indian healers introduced garlic to Chinese medicine men. Today, China is responsible for 80 percent of the world’s garlic.

Sidenote: The Chinese government has recently come under fire from international health officials for “bleaching” its garlic to make it more appealing. Per the publication India Times, Chinese garlic is “loaded with pesticides” as well.

Garlic eventually made its way Westward to the New World after being introduced by adventurers and merchants from France, Portugal, and Spain.

Pound-for-pound (clove-for-clove?), garlic is among the healthiest and most nutritious foods. Just one clove of garlic contains 2 percent of the daily value (DV) of manganese and vitamin B6. The same amount also contains 1 percent of selenium and vitamin C. Other minerals in respectable amounts include calcium, copper, iron, phosphorous, and potassium.

Lung cancer accounts for 18 percent of total deaths globally, or 1.4 million people. Some scientists believe that the organosulfur compounds (OSCs) in garlic, excreted via the lungs, provide protective effects for lung cancer.

In a 7-year study published in the journal Cancer Prevention Research, scientists in China found that people who ate raw garlic at least twice weekly had a 44 to 72 percent lower chance of developing lung cancer. Nearly 6,000 people participated in the landmark study.

A research team from King’s College and the University of East Anglia posit that allium vegetables may reduce arthritis symptoms, specifically osteoarthritis (OA). OA is a condition that is characterized by a degeneration of cartilage and underlying bone.

Per the study, published in the journal BMC Musculoskeletal Disorders, 1,000 females who regularly ate fruits and vegetables, including “alliums such as garlic,” showed fewer signs of early-onset OA.

Per a study published in the Journal of Antimicrobial Chemotherapy, a compound in garlic called diallyl sulfide is up to 100 times more effective at resisting the Campylobacter bacterium. Campylobacter is one of the leading causes of intestinal disease.

Another component of garlic oil, diallyl trisulfide, is both a viable heart protectant during surgery and after cardiac arrest. A research team from Emory University also finds that diallyl trisulfide may be an effective treatment for heart failure. Another constituent of garlic oil, hydrogen sulfide, also demonstrates heart protectant properties.

In the study, published in the Journal of Agricultural and Food Chemistry, mice that had a heart attack that was administered diallyl sulfide had 61 percent less heart damage compared to the control group.

The same scientists also note that “garlic oil possesses significant potential for protecting [the heart]” from cardiomyopathy (disease of the heart muscle) triggered by diabetes.

Hypertension, or high blood pressure, is the key driver of cardiovascular diseases such as heart attack and stroke. Globally, more people die from heart disease than any other reason. In 2016, an estimated 15.2 million people died from CVDs worldwide.

Some studies show that the substances in garlic extract reduce blood pressure in people with hypertension. In one study, published in the Journal of Nutritional Biochemistry, a research team concludes that “…garlic extract … causes significant reductions in systolic and diastolic blood pressures. It also leads to a decrease in oxidation reactions in the body.”

While the proposed benefits of garlic in lowering blood pressure aren’t quite as definitive compared to its effects on blood pressure, anecdotal evidence – and even some scientific literature – suggests a possible connection.

Regarding the latter, some studies in the 90s cite a 9-12 percent reduction; in 2000, 4-6 percent. In a 2012 study published in the journal Nutrition Reviews, researchers found that 800 mg of aged garlic extract may reduce cholesterol by 8 percent in people suffering from high cholesterol. The University of Adelaide’s (AUS) Dr. Karin Ried states that garlic supplements decrease the risk of “coronary events” by 38 percent in people over age 50.

As mentioned prior, garlic is a potent antioxidant. Scientists attribute the antioxidation properties of garlic to multiple active compounds, including S-acetylcysteine, S-allyl-mercapto cysteine, and N(alpha)-fructosyl arginine.

A 2006 study published in the Journal of Nutrition, cites the antioxidative properties of aged garlic extract (AGE) in the claim that garlic reduces the risk of dementia. Thus, reports claim “AGE…may help prevent cognitive decline by protecting neurons from neurotoxicity and apoptosis [programmed cell death].”

Long ago, athletes used garlic as a sort of performance-enhancer. Ancient cultures would supposedly use garlic to enhance the work capacity and reduce the fatigue of laborers.

In a 2005 study published in the Indian Journal of Physiology and Pharmacology, garlic oil was found to reduce the “heart rate at peak exercise and … significantly [reduce] the workload upon the heart resulting in better exercise tolerance.”

In the study, participants took just four garlic oil capsules twice per day (8 in total). Also significant is the fact that these results happened within only six weeks.

The scientific literature demonstrates a positive association between garlic intake and osteoarthritis prevention. As such, additional research into the exact effects of garlic on bone health seems warranted. Regardless, supplementing with AGE (800 milligrams/daily?) may be advisable for those concerned with bone health. 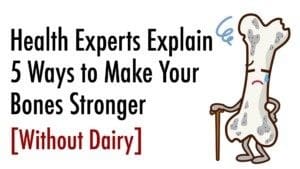 Research exists positing that allium in garlic reduces concentrations of lead in blood and tissue. To test the hypothesis, researchers investigated the effects of garlic intake on a population at risk of lead poisoning.

In a study published in the journal Basic & Clinical Pharmacology and Toxicology, researchers recruited 117 workers at a car battery plant. Researchers administered the workers 1200 micrograms of allicin three times per day for four weeks. As a result, blood lead concentrations “reduced significantly,” the researchers report.

Given the vast scientific literature purporting the positive effects of garlic on factors contributing to premature death (e.g., blood pressure, cholesterol, decreased risk of CVD and lung cancer, etc.), it’s fair to say that garlic may help you live longer. 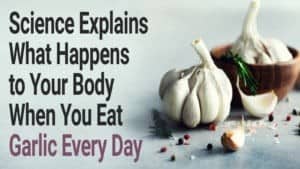 As a society, we hype up just about every new STEM advance. Thus, it is easy to overlook time-tested, natural health boosters. Garlic, in any form, demonstrates significant health benefits time and again.