Negative people are similar to black holes in outer space – appearing from nowhere while attempting to engulf everything else around them. Negative as a person they may be, it is paramount – if not only for our own health and sanity – to resolve the situation in an intelligent and healthy way.

First, it may be helpful to understand what constitutes a potentially negative person. Negative people have a way of draining energy from others around them. They’ll cause demean, attack, and defame you. They will make you feel unsafe, on guard, or tense; they’ll send negative energy through an unwanted vibe, or just flat-out dehumanize you. For some reason, if they cannot “reach you,” they’ll attack someone or something else you care about.

So, how can you appropriately handle such people while still respecting their humanity? It’s certainly not easy, as the negative among us would enjoy nothing more than to witness an emotional outburst of frustration and discontent. The problem is that by engaging in the behavior mentioned earlier, you simply feed their motivation.

In good conscience, we cannot (and should not) pretend to have the ultimate solution as it pertains to negativity in our lives. There are, however, ways that you can (constructively) handle negative people and their shenanigans without inflicting any type of self-harm.

Here are 10 ways of dealing with negative people:

“Don’t destroy yourself by allowing negative people to add gibberish and debris to your character, reputation, and aspirations. Keep all dreams live but discreet, so that those with unhealthy tongues won’t have any other option than to infest themselves with their own diseases.” – Michael Bassey Johnson, The Infinity Sign

To not “take things personally” is much easier said than done. Some negative people after all will – at times – concentrate all of the vitriolic behavior onto you.

The problem with taking things personally with a negative person is that it doesn’t lead anywhere. The only possible outcome is a perceived “victory,” that they’ve managed to “hook” you.

2. Do not rationalize their behavior.

Many people do not like conflict; this is something known as conflict avoidance. As such, people on the receiving end of negative behavior will attempt to reason with a negative person. It’s important to remember that many negative people do not want to be “reasoned with.”

They may need a compassionate ear at some point or another, but they’ll most likely make such motives known in a more constructive manner.

3. Let them hear you

Not every negative person intentionally acts negatively. For whatever reason, they’ve simply adopted a pessimistic mindset. That said, when negative behavior repeatedly surfaces, it is time to make your voice heard.

Sometimes, those that are acting negatively without thought will perceive your forthrightness as something not to be trifled with.

As mentioned, not everyone who behaves negatively intends to do so. When we consciously attribute their negative acts to potentially extenuating circumstances (personal problems, work-related stress, finances, etc.), it’s easier to see their behavior for what it truly is – an act of desperation and impulsiveness.

5. Separate yourself if needed

Being exposed to negative behavior on a frequent basis can be mentally and physically exhausting. We’ll instinctively know when a person is pushing us past comfort zone. It is at this point that it’s necessary to get away, if possible. We all have our limits; it’s nothing to be ashamed of or ignore. 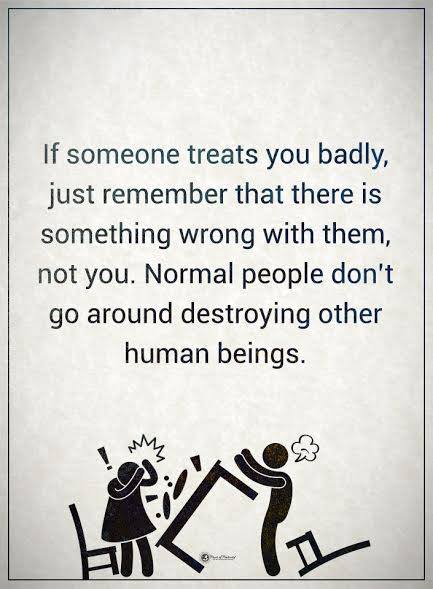 Sometimes a negative person’s perception of the world around them is skewed. This can be attributed to anything, from childhood experiences to their experiences at home or work. The simple act of smiling and maintaining a positive disposition may be enough to challenge these perceptions indirectly.

When a negative person presents themselves as a challenge or threat, it is far too easy to “stoop” to childish behavior such as being impulsive or insulting. In a way, this is a natural response, as no one appreciates being in the company of someone with a negative outlook; however, it is counterproductive, and only enables their (sometimes) immature mindset.

8. Do not judge or assume

The truth is that we all develop differently, and negative people are sometimes given the short end of the stick. Being judgmental or assumptive is evident through both verbal and non-verbal cues; it is important to personally refrain from these signals, no matter how tempting, when trying to resolve the situation posed by the negative person.

We all heard the adage a million times: “control what you can control.”

Indeed, establishing and maintaining an environment of positivity often leads to one of two results: (1) it protects you from their negativity, or (2) helps them feel – and possibly act – in a more positive manner. Either way, either you create a positive impact.

As compassionate and caring people, we’ll often try our best to accommodate and influence others that hold a more pessimistic, negative frame of mind. It is important to remember, however, that your healthy outlook empowers you to help others. As such, in the event that a negative person is trespassing and violating your positive frame of mind, it may be necessary to end ties.

While such a recommendation may seem harsh, it is important to understand that many others will come along that may need your help. You cannot (and should not) allow the unfavorable influences of one person to compromise this.