“Care about what other people think, and you will always be their prisoner.” ~ Lao Tzu

What does one of history’s greatest strategists mean by this?

As human beings, it’s in our nature to want to be accepted and liked. Remember when you were in school? How much did you want to be in some social circle? The “unpopular” kids were always the cautionary tale – do this, and you’ll be alone. Isolation is deeply wounding to the human heart and psyche.

As we age, the desire to be accepted and liked diminishes a bit. But some people still care far too much about what others think.

In turn, this worry can prevent you from living your life to its fullest potential. In the long run, excessively worrying about what others think can disturb your ability to feel at ease with yourself around other people.

So, why shouldn’t you give the slightest damn about what other people think?

1. Life is far too short

Yep, this one’s numero uno for a good reason.

You have one life to life, and it’s not very long. Moreover, nobody can predict what will happen next. Control is an illusion.

Live your life without worrying about other people’s thoughts and opinions, and you will be much happier and fulfilled. Provided your actions don’t impede on others right to happiness, do whatever you want and be whoever you want.

2. People don’t think about you that much

Besides your loved ones, people don’t think about you often!

Have you ever been sitting somewhere, your body tense, and your breathing shallow because you believe people’s eyes are on you? They’re probably not. (If they are, it’s super creepy. Get the heck out of there ASAP.)

Humans see the world through their ego. Our minds are so preoccupied with thoughts, worries, responsibilities, and our immediate environment to think much about most people, much less some stranger.

The human brain is in a constant state of change. When we left high school, we (mostly) left the cliquish nature of judgment behind.

As such, we observe someone, form an opinion or two, and move onto something else. Should that person enter your immediate environment, you’ll repeat the process.

We’re in a state of flux. What others think about us (and vice-versa) is no exception.

4. It’s not their business

Ever notice how much the “ruling class” tries to impede on your personal matters? Wants to tell you what to think, what to believe, and what to buy.

It’s none of their damn business! Period, exclamation point.

They’re entitled to whatever ignorant opinion that their ignorant mind conceives, but you’re the only one who needs to approve your own choices.

We learn by making choices, taking responsibility, and living with the consequences. Not someone else.

Only you can possibly know what’s best. The truth is that we should feel offended when someone uses the phrase “it’s what is best.”

How in the heck would they know? 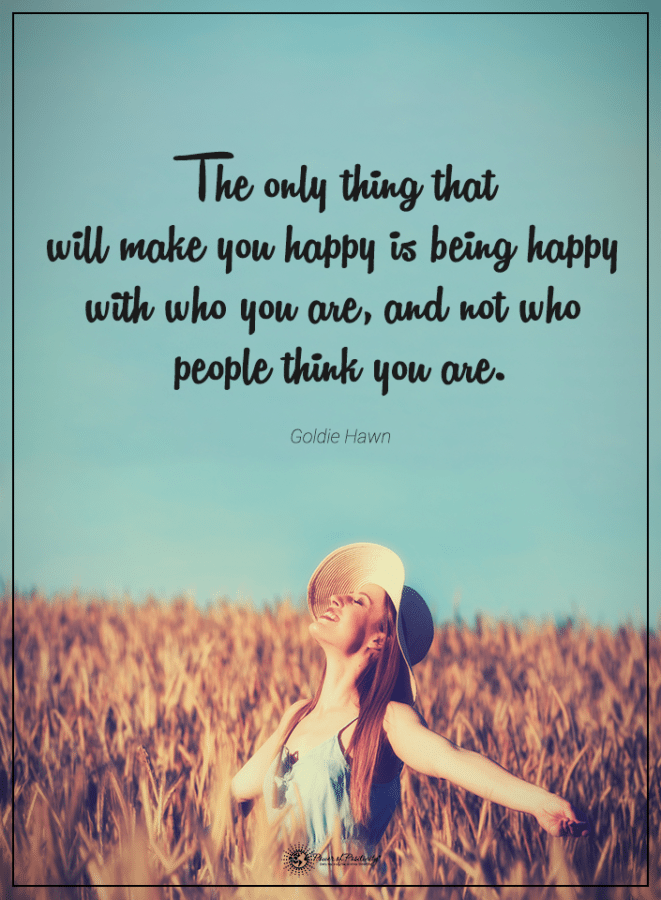 6. What’s “right” for them is probably not right for you

Here’s that whole ego thing, again. We all think differently and have different needs. It’s nearly impossible to remove the bias from our thought processes unless we’re some yogi master.

Remember the term “bias frames,” because this is exactly what most people have on their face when telling you what’s “right.”

7. It may be the worst thing for you

We’d like to think that people have our best interests in heart and mind when giving us advice. There’s just one problem here: we don’t know that’s true.

Whenever you spend any limited resource (time, money, health), you’re sacrificing something else. In worst cases, this can be the worst thing for you.

8. You have to deal with the results

It’s effortless to advise someone who doesn’t have to live with the consequences of that advice. People will give you an endless number of “suggestions” because there’s no risk on their end.

Let’s use an advertisement from some widget manufactured somewhere.

Here are a few catch phrases “new and improved,” “more productivity,” “faster, better, easier.” So, fork over your hard-earned money or charge your credit card!

Never mind that you pay for it, you have to use it, and you decide it’s worth (which quickly depreciates.) On their end, they count the money coming in.

9. You can’t please everyone

People-pleasers may be among the most annoying folks in existence.

There’s a big difference, by the way, between those who try to accommodate others, people who do the occasional favor, and those who are always seeking attention and validation. A BIG difference.

Here’s the inconvenient truth: we can’t please everyone, nor should we try.