The human body is a fascinating piece of work. It can be a positive medium and a wonderland, as that famous song goes, but it can also be a strange and disgusting mystery.

Despite centuries of discoveries about the human anatomy, scientists, academics, and experts are still learning more surprises and interesting details about what we’re actually made of. Here are some facts about the human body that you might be surprised to learn.

10 Facts About The Human Body 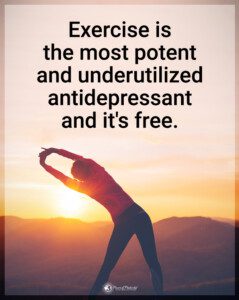 About 1 in 500 humans have an extra rib, also known as the cervical rib or neck rib. This is located just slightly above the first rib and it’s usually an abnormality that has been in a person’s body since birth.

However, most cervical ribs are not medically risky or relevant. Some people don’t even present any symptoms of the abnormality until it is discovered during a routine test. In some cases, however, the ribs may cause pressure on the body – known as the thoracic outlet syndrome.

2.    A hiccup is an inherited trait from human’s distant ancestor: the fish.

A study among respiratory experts from Canada, France, and Japan underscored that the hiccup is an inherited trait. Before humans evolved into what our bodies are today, the experts believed that our ancient ancestors from 350 million years ago used to swim in oceans to get to other places. They gulped air or water because they had gills and lungs. So, the hiccup was considered an evolutionary remnant after humans developed a more sophisticated lung and respiration motor system.

There are many ways to cure a hiccup but there’s no standard proof that one method can be effective over the other. At the very least, hiccups are just normally waited out and medical treatments are not necessary.

As strange as this may sound, the chances of having a heart attack on a Monday increase about 20 percent in men and 15 percent in women. Swedish experts found out about this after doing a seven-year study on over 156,000 hospitals of patients admitted for heart attack.

Apparently, many adults are physically vulnerable during Mondays because of the stress triggers that may arise after a long and relaxing weekend. The experts, however, also said that since many people indulge in alcohol during the weekend, the heart can give out in the next few days.

More than 300,000 people in the United States have undergone an appendectomy or a surgical procedure to have the appendix removed. It is a common procedure at many hospitals because experts have said before that this organ doesn’t have actual benefits.

According to the evolutionist Charles Darwin, the human appendix is a remnant of the human body’s plant-eating ancestor. It used to be necessary for survival millions of years ago but as man evolved, its function also diminished.

But recent studies say that the appendix may actually still have a positive purpose for the human body. It’s where good bacteria pool so that it can live safely and longer in the gut. This, in turn, protects your body against diarrhea and other illnesses.

The most advanced digital cameras have 50 megapixels. The latest iPhone model boasts of just 12 megapixels. But the human eye apparently has 140 megapixels. It’s the most powerful “camera” to ever exist.

Instead, the eyes use what they capture to store in your brain’s memory bank. The eyes collect clues from around you so that your brain can piece the details together to come up with the complete picture.

6.    The right lung is shorter but wider than the left lung.

Elastic, spongy and soft, the lungs are structured like a tree inside the chest. It has a trunk and branches on both sides, but its right and left sides are not of equal sizes.

The right lung usually has three lobes of bronchus, while the left has only two. But when the bronchi branch out, regardless if it’s on the left or right, it can grow bigger than the main bronchus so you can easily breathe air.

7.    The human DNA finds commonalities with the DNA of slugs or even bananas.

You’d be surprised to know that the human body is cousins with pretty much every creature on this planet. At least 98 percent of the human DNA closely resembles chimps. At least 70 percent of our DNA has similarities with slugs while 50 percent of our DNA can be comparable to bananas. Human DNA has also many things in common with bacteria. This is because millions of years ago, organisms in earth, including humans, came from one common plant ancestor.

Experts at Cambridge University have found gene similarities between plant, bacteria, and other microorganisms in a 2015 study. More than a decade ago, other experts also theorized just as much but their conclusions were dismissed by other academics and scientists.