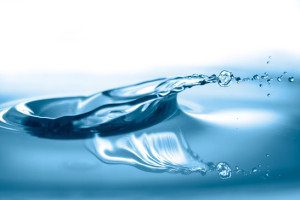 Water is one of the most amazing and mysterious elements in all of nature. Research conducted in various universities throughout the world has repeatedly shown that it is the structure or alignment of the molecules within water that are of much greater importance than its chemical purity. It has also been shown that positive thoughts, intent, and words of blessing directed at water can alter its structure in positive ways and thus increase its life giving properties.

Since humans are between 70%-90% water, you can see that directing positive words of intent at others can have a strong healing effect on their body, mind and spirit via their internal water content. Learning to spin your water is another method that can alter water’s structure in a positive way.

It is well known that water has some mystifying properties. If even one of these properties were not present, life on the planet could not exist. For example, scientists still don’t know why water – of all elements alone – can exist in the three states of matter (solid, liquid and gaseous). They don’t know why water has the highest surface tension of all liquids or why it is the most powerful solvent on earth.

It`s not known why the density of water, unlike all other elements on earth, increases below the freezing point but decreases above the freezing point. Water also expands as it freezes. This expansion force is so powerful (up to 400 atmospheres) within a seed that it allows a plant chute to break through concrete with ease.

It’s also been discovered that water molecules clump together into clusters, thus giving water the power of memory and the ability to retain and store information (just like the energy on magnetic tape). As water records new information, it also gains new properties, yet its chemical composition in unchanged.

It is this ability of water to acquire new information that is of real interest. By taking advantage of water’s memory, we can give thanks to and bless water, thus transmitting positive information to it and changing its molecular structure to a more life giving state. 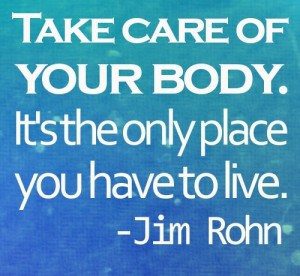 The structure of water specifically has to do with how its molecules are organized. It is this state that truly gives water its life giving or health destroying qualities. Water’s structure is now believed by many scientists to be of far greater importance than its chemical composition. Why? Because water’s structure can be changed and altered via positive thoughts and intentions, even to the point of being able to literally purify the water itself.

In his popular book “Hidden Messages in Water” Dr. Masaru Emoto showed that when positive thoughts and intentions were directed at water that was quickly flash frozen, images of the resulting water crystals would be either beautiful or ugly depending upon whether the words or thoughts were positive or negative. This happened even when words of intent written on pieces of paper were attached to the beakers containing the water.

Dr. Emoto’s work has come under criticism by the general scientific community due to insufficient experimental controls and unshared details of his approach. Attempts by other scientists to recreate the results have met with limited success and mixed results.

Despite this there are those who are firmly convinced that blessing your water, as well as your food since it too contains water, can have a positive effect. Since humans are between 70%-90% water, you can see that directing positive words of intent at others can have a strong healing effect on their body, mind and spirit via their internal water content. Learning to spin your water is another method that can alter water’s structure in a positive way.

Watch this video to learn more about and how to spin your water.

About the author
Richard is a network engineer and longtime practitioner of Chinese martial arts, medicine and chi-gung for over twenty six years. Having learned many Chinese health and healing arts from old world gung-fu and healing masters and practitioners, he has helped many people to overcome their health issues and achieve their fitness goals. Through diligent study and experience he has taken this knowledge even further over the years including reading scores of books on Chinese medicine, health, chi theory, science, physics, nutrition, supplements, meditation, martial arts, and many other subjects. Utilizing the web, health and fitness videos, newsletters, articles, teachings and lectures, Rich is passionate about spreading the true knowledge of health, healing, fitness and spiritual truths. I’m proud to be writing articles for NaturalNews.com You can read many articles, hear audio interviews, and learn more about the highly praised Chinese Health and Fitness video by visiting Chinese Health and Fitness.com”

Woman Reunites With Missing Dog After Seeing Picture On Beer Can

It is a miracle! A Minnesota woman reunited with her missing dog after she saw the canine's on a beer can from a Flo...

When you were in elementary school, I'm sure you can recall doodling on papers while daydreaming about being elsewhe...