Child abuse is one of the toughest, most gut-wrenching things to talk about. The word ‘cruel’ doesn’t begin to describe the mentality necessary to inflict harm on an innocent child.

Yet, discussing the psychological ramifications of child abuse is an absolute must. This is particularly true in a society that insists we “pick ourselves up by our bootstraps” and simply “move on.” Many adults’ pleas have fallen on deaf ears, as mental health benefits in healthcare plans continue to decrease across both the private and public sectors.

So, we’re doing our own small part. In this article, we’re going to discuss how child abuse affects brain wiring into adulthood. Please share this article and help get the word out if you believe the information contained within will do some good. (Thank you!)

Here’s how child abuse changes the brain as an adult:

Alterations to the ACC

Per a study published in the American Journal of Psychiatry, long-lasting effects of traumatic childhood experiences – including child abuse – strongly correlate with impairment to the structure and function of the anterior cingulate cortex (ACC).

The ACC is one part of the brain that plays an imperative role in regulating emotions, impulses, and mood. Researchers believe that these changes to the ACC result in the manifestation of depressive disorders and suicidal ideations.

Myelin Abnormalities of the Abused

The rapid messaging that takes place between regions of the brain is astonishing in its complexity. Billions of neurons (brain cells) transmit nerve impulses within a split second.

Many of these electrical signals must travel long distances to communicate with neurons in other brain regions. The long axons (threadlike nerve cells) are protected by a fatty coating called myelin. Besides safeguarding the axon, this fatty sheath also assists the axons in conducting electrical signals more efficiently.

Myelin develops rapidly during childhood, continuing to mature into early adulthood. Post-mortem microscopic imaging reveals significant abnormalities in the myelinated nerve fibers of people who committed suicide and had a history of severe childhood abuse. 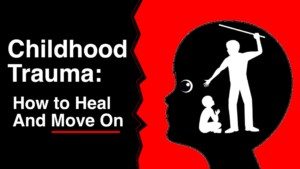 Of the three groups of individuals studied, only those who suffered from child abuse showed reduced myelin coating. Additionally, the research team discovered molecular alterations that affect the development and maintenance of myelin.

These changes, scientists speculate, may alter the functional communication between the cortical (“cover”) and subcortical (“underneath”) areas of the brain. Perhaps most notably, this communication includes that between the nucleus accumbens, the amygdala, and the prefrontal cortex (PFC).

The nucleus accumbens and the amygdala are areas of the brain linked to emotional regulation and to reward and satisfaction, respectively. If these subcortical areas are damaged, as seems to be the case with at least some victims of child abuse, it may very well lead to altered emotional processing (e.g., difficulty understanding emotions.)

For the first time, researchers have been able to see changes in the neural structures in specific areas of the brains of people who suffered severe abuse as children. ~ Katherine Gombay, McGill University

As mentioned, this research (conducted by scientists at McGill University in Quebec, Canada) is the first of its kind. For years, psychologists, neurologists, neuroscientists, and other experts have posited that child abuse alters the natural development of a child’s brain. Finally, advances in brain imaging technology have all but proven that these changes are indeed real.

Estimates place the prevalence of severe childhood abuse somewhere between 5-15 percent of children aged 15 or younger. Psychiatric difficulties associated with severe childhood abuse include an increased risk of depression and anxiety, as well as higher levels of aggressiveness and impulsivity. Tragically, victims of child abuse are much more likely to commit suicide.

The McGill University research study shows that physiological and functional changes in the brain as a result of child abuse are possible – if not inevitable. As with any study of this magnitude, scientists will attempt to replicate its findings and draw their conclusions.

As for the rest of us, may we find this information to be helpful to someone. “Spreading the word” about anything that may change a life is a kind and honorable act.

While we’re at it, we hope that the results of this (and similar) brain research penetrate the bureaucracy of public and private institutions in charge of supervising public health, including the upper echelons of government. Individuals who ultimately make decisions about public healthcare – including resource allocation for mental health purposes – should be held accountable.

Per helpguide.org, here is a list of child abuse hotlines: